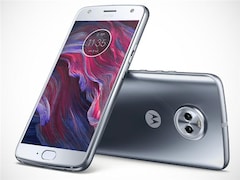 Moto smartphones have long been seen as dependable workhorses, even before Lenovo took over the brand's reins. Motorola has had quite a few successes in recent years, with its G series dominating the budget segment while its Z series has been popular in the mid-range and high-end markets. Last year, the company revived its X series with the new Moto X4 slotting in between the G and Z series. The phone launched in India in two storage and RAM variants, and now, Lenovo has launched a third one, with 6GB of RAM.

The Moto X4 features an aluminium body and a glass back, which lends it a highly premium look and feel. The 5.2-inch display on the front has a decently high full-HD resolution and delivers vivid colours and sharp visuals. The phone is powered by a Qualcomm Snapdragon 630 SoC and it comes with either 3GB or 4GB of RAM and 32GB or 64GB of storage, depending on which variant you pick. It uses near-stock Android 7.1.1 Nougat with some additions like Moto Key and Moto Voice, which are helpful. The rear 12-megapixel camera captures decent pictures in daylight but video recording lacks stabilisation and low light performance could be better. HDR processing is also slow and the in-built bokeh mode works sluggishly. The 3000mAh battery does a good job in providing a full day’s worth of battery life and fast charging is also supported.