250 wooden sarcophagi with mummies inside, dating back to the Late Period, approximately the fifth century BC, were also discovered by the team. 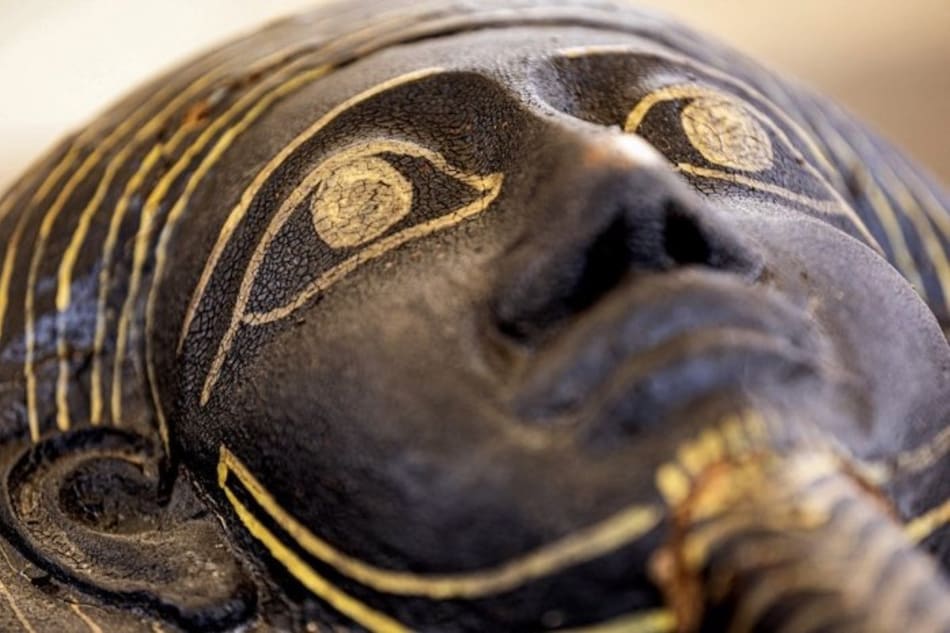 Archaeologists in Egypt have unearthed yet another enormous collection of rare artefacts from the Saqqara Necropolis, a thriving site near Cairo that is likely still hiding mysteries. They were the most recent in a long line of discoveries in the area. On Monday, archaeologists disclosed a stockpile of ornately decorated coffins or sarcophagi, which were still sealed with their owners mummified inside, along with a number of bronze statuettes. Saqqara, a massive necropolis of the ancient Egyptian capital Memphis — a UNESCO World Heritage site — has more than a dozen pyramids, animal burial places, and ancient Coptic Christian monasteries.

One of the 150 bronze statuettes uncovered in the newest discoveries is of Imhotep, the ancient Egyptian architect who revolutionised architecture. The Djoser step pyramid, one of the first in ancient Egypt, was built by Imhotep in the third millennium BC. He went on to become a god of medicine.

The findings also included statues of the gods Anubis, Amun, Min, Osiris, Isis, Nefertum, Bastet, and Hathor, according to Egypt's Ministry of Tourism and Antiquities.

Mostafa Waziri, the secretary-general of Egypt's Supreme Council of Antiquities, said, “In one of the wooden sarcophagi, we found, for the first time, a complete and sealed papyrus.” The document was moved to a museum for further research right away. Waziri believes it's comparable to those discovered 100 years ago that talk about the Book of the Gates and the Book of the Dead. Both are funerary texts from ancient Egypt.

Since 2018, archaeologists have been working at the site, and there is still a lot of work to be done there.

Waziri also revealed the archaeological mission's goal — to locate Imhotep's tomb. 250 wooden sarcophagi with mummies inside, dating back to the Late Period, approximately the fifth century BC, were also discovered by the team, according to Waziri.

The sarcophagi will be relocated to the Grand Egyptian Museum, which is expected to open later this year near Cairo's Giza pyramids following numerous delays.

The Egyptian government is hoping that a flurry of recent archaeological finds will help resuscitate the country's tourism industry, bringing in much-needed foreign currency and new jobs.

New findings in the tombs of Saqqara are rewriting ancient Egypt's history. In recent years, archaeologists have discovered ancient artefacts all around the country, providing new insight into the dynasties that controlled ancient Egypt.