A glimpse of the Pixel 7 Pro also appeared on one of the images showing the purported Pixel 7 prototype on eBay. 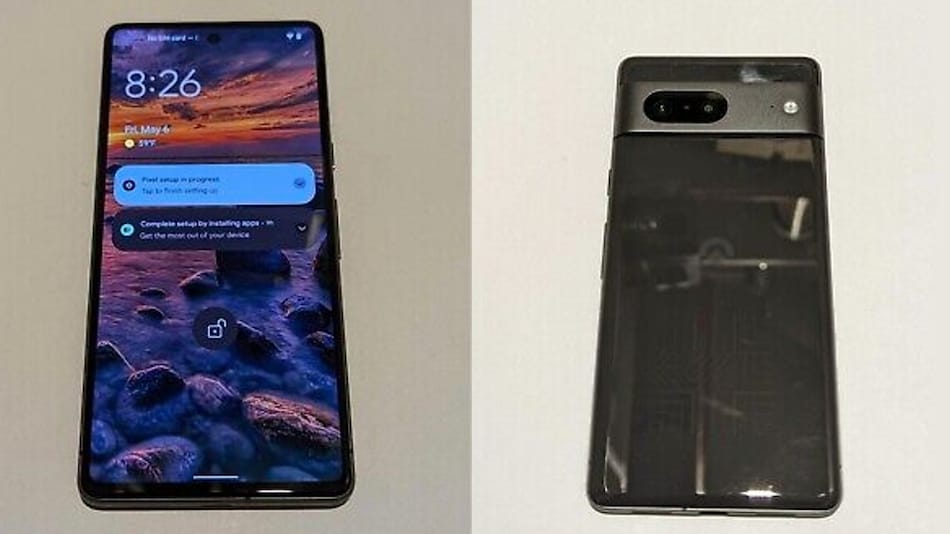 An alleged prototype of the Pixel 7 surfaced on eBay — just weeks after Google officially revealed the phone at its I/O keynote earlier this month. While the availability of the Pixel 7 is set for later this year, a seller was able to put its alleged prototype on sale. The prototype appeared with the distinctive design that appeared at the keynote, carrying the unique camera bar at the back. It seems to have the deep black Obsidian shade that Google itself showcased during the Pixel 7 premiere. Separately, Google is found to be working on a new high-end Pixel phone that could be different from the Pixel 7 and Pixel 7 Pro and carry a premium display experience.

As spotted by Android commentator Mishaal Rahman, the alleged prototype of the Pixel 7 was put on sale by a seller on eBay. The phone appears to have the same design language that Google showcased at the I/O 2022 keynote.

The listing of the prototype, which was closed at the time of filing this article but was accessible through its cached version, included some additional images of the phone to show its sides, front, and back in detail.

Overall, the design of the prototype looks quite similar to the Pixel 7 that Google revealed earlier this month. One of the images also indicates that the phone, which appeared to be in working condition, has 128GB of onboard storage. This suggests that the Pixel 7 may come in a 128GB model.

Exact details on how the seller was able to source the prototype are not available. However, in a conversation with The Verge, the seller claimed that they bought the phone from a wholesaler.

The seller put the phone on sale on eBay with a starting bid of $450 (roughly Rs. 34,900). The listing was, though, ended shortly after it came into public notice.

Notably, this is not the first time when a Pixel device has appeared in detail on the Web ahead of its official availability. The Pixel family, in fact, has a long history of coming in the leaks and rumours.

Google, however, this time tried to put the rumour mongers to rest by revealing the Pixel 7 series way ahead of its formal launch that is set for later this year — most probably in October. Nevertheless, the listing on eBay suggests that the company still needs to work on tightening its control on the supply side to limit early appearances of its upcoming devices.

In addition to the surfacing of the Pixel 7 alleged prototype, Google is found to have a new high-end Pixel phone in development. As reported by 9to5Google, the new device is codenamed G10 and its references have been spotted within the Android kernel code. It is to have a top-notch display carrying a 120Hz refresh rate. The display of the mysterious Pixel phone is found to be made of China's BOE and has specifications including a QHD+ (1,440x3,120 pixels) resolution that matches with that of the Pixel 6 Pro. Further, the screen is said to be of 71x155mm size.

And in this photo the seller posted, you can see what appears to be them holding the Pixel 7 Pro to take the photo. pic.twitter.com/Q1xa3tl56T

The screen resolution and size of the new Pixel device suggests that it would be a phone and not a tablet or other device.

But nonetheless, there are no official details about the existence of the reported high-end Pixel phone. It may just be a prototype for internal testing or might finally debut after the launch of the Pixel 7 series.