The consistency of these implants, scientists say, will ensure they cause minimum irritation within the brain and reduce the foreign body response. 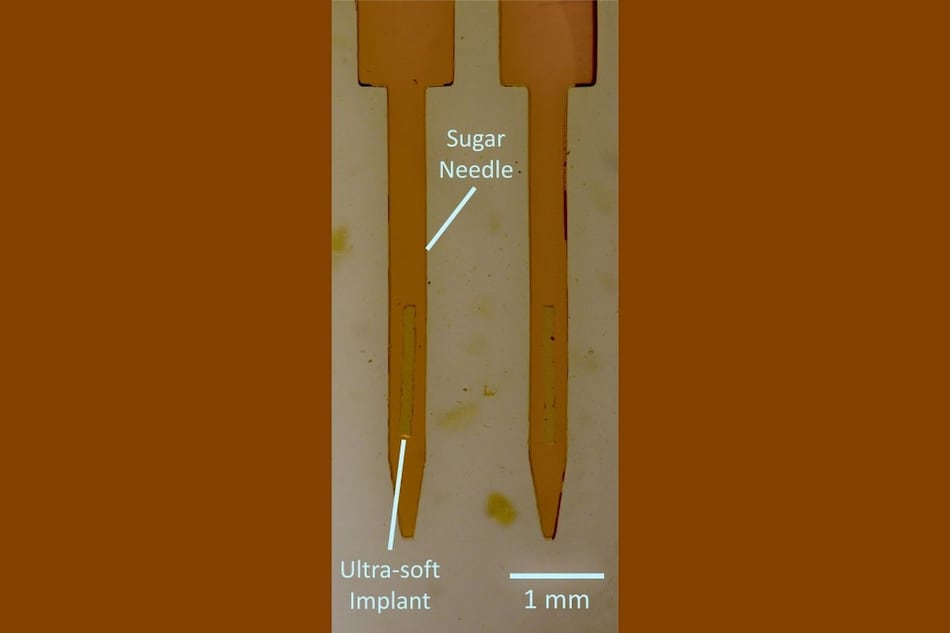 A team of researchers at Canada's McGill University has succeeded in developing a new method to create brain implants that are as soft as the brain tissue itself. The researchers used silicon and sugar to create delicate silicone implants, the softest brain implant to the day, as thin as sewing thread (nearly 0.2 mm). Its consistency, scientists say, will ensure they cause minimum irritation within the brain and reduce the foreign body response. The study was published in the Advanced Materials Technologies journal.

The researchers at the Neuro (Montreal Neurological Institute-Hospital) and McGill's Department of Biomedical Engineering adopted classical cooking techniques of sugar melting, caramelising, and moulding both for making the implant, as well as for encapsulating it into a needle made of hardened sugar.

Brain implants are used to treat neurological dysfunction but over a period of time, they trigger foreign body response, causing inflammation, followed by a reduction in their effectiveness. That happens because the earlier implants were more rigid than brain tissue.

Edward Zhang, the first author of the study, said that the implants they created are so soft that the body doesn't see it as a big threat, allowing them to interact with the brain with less interference. "I am excited about the future of brain implant technology and believe our work helps pave the path for a new generation of soft implants that could make brain implants a more viable medical treatment," Zhang added.

Tim Kennedy, a researcher at the Neuro and a co-senior author of the study, said that their new and soft implant is good for the brain as well as for its own long-term function as it reduces the brain's inflammatory response. "The miniature sugar needle devised by Zhang is a sweet solution to placing the super-soft implant into equally soft brain tissue."

The sugar needle, when surgically inserted into the brain of a rat on anaesthesia, carried the implant to the right location and dissolved within seconds. It left the implant in place. When the researchers examined the brain tissue three and nine weeks after carrying out the process, they found higher neuronal density and lower foreign body response when compared to traditional implants.

David Juncker, co-senior author and professor of biomedical engineering at McGill, said, "Here we set out to make an implant as soft as the brain and implant it into the brain, which was a major challenge. We are excited about the results, and the possibility it opens up for long-lasting, well-tolerated brain implants."