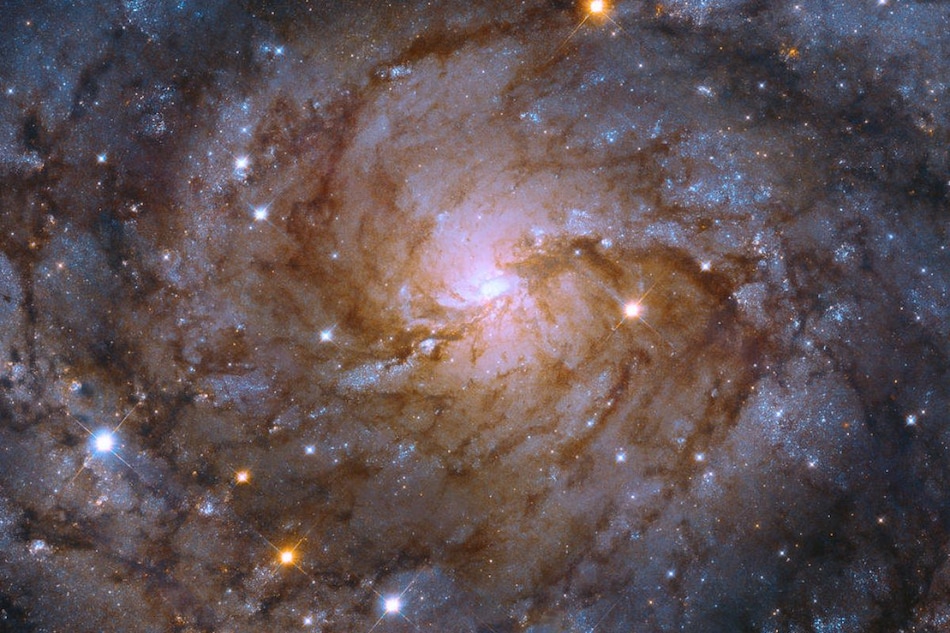 The Hubble Space Telescope has revolutionised astronomy since its deployment in 1990. The telescope, which has a crystal-clear perspective of the universe and is far above rain clouds, light pollution, and atmospheric distortions, has taken some stunning photos of the most distant stars as well as planets in our solar system. A new image from the telescope reveals a fascinating spiral galaxy called Caldwell 5. This galaxy is approximately 11 million light-years from Earth. The image is notable for the galaxy's well-defined star arms that spread out from its yellow centre.

The galaxy's core has an active star nursery capable of producing thousands of stars in a couple of million years.

Take a look at the image here:

This spiral galaxy lies about 11 million light-years away. At its core is an energetic star nursery that can create thousands of stars over the course of a couple million years.

One can witness intertwined tendrils of dust in breathtaking arms wrap around a dazzling core of hot gas and stars in this sparkling, face-on image of the galaxy's heart. This core is a sort of region known as a H II nucleus, which is an ionised area of atomic hydrogen. Thousands of stars can form in these intense birthplaces of stars over the course of a few million years. Each young, highly hot blue star generates ultraviolet light, which further ionises the gas around it, states a NASA blog post.

Caldwell 5, despite its reasonably bright 8.4 magnitude, does not stand out in the sky. It appears towards the equator of the Milky Way's pearly disc, which is obscured by thick cosmic gas, dark dust, and bright stars. As a result, astronomers must stare across light-years of space filled with visual obstructions in order to discern the complexities of the galaxy. So, Caldwell 5 is also known as the Hidden Galaxy.

Caldwell 5 would be one of the brightest galaxies in our sky if it weren't hidden by so much interstellar matter. It's a small galaxy, measuring about 50,000 light-years across and billions of years old.

William Frederick Denning, a British amateur astronomer, discovered Caldwell 5 in the early 1890s, states NASA. Located in the constellation Camelopardalis, Caldwell 5 is best seen in the Northern Hemisphere between late autumn and early winter. Only people living near the equator in the Southern Hemisphere can see it low in the northern sky during late spring or early summer.

The Hidden Galaxy, as its name suggests, can be difficult to spot, especially if the sky is light-polluted or even slightly foggy or hazy.