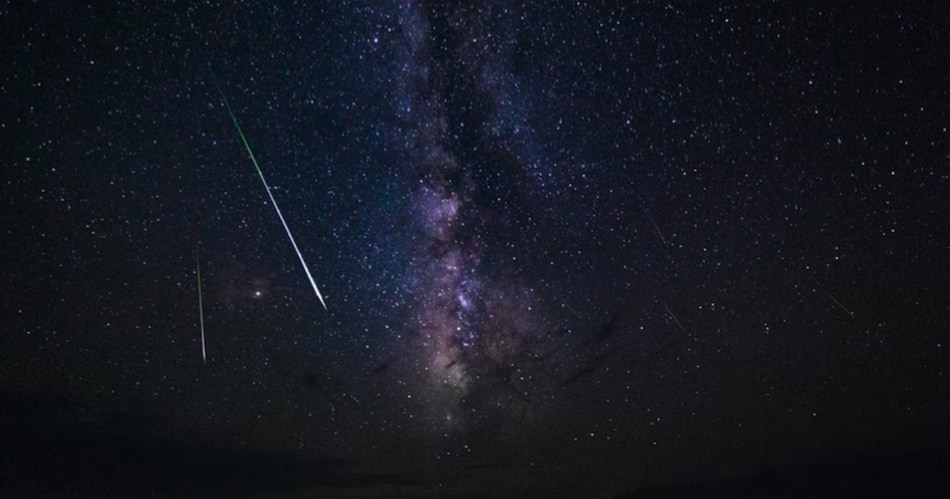 Stargazers will have the opportunity to see up to 60 to 100 meteors per hour.

The Perseid meteor shower, often considered as the best meteor shower of the year, is underway and will provide the best viewing opportunities for stargazers in America next month, according to the American Meteor Society.

The Perseids are visible from July through September. Depending on the year, they typically reach their peak strength on August 12 or 13. They will reach their peak this year between August 11 and 12, according to CBS News.

American space agency NASA said that a full moon will also be present during the peak in 2022. In the Northern Hemisphere, the optimum time to observe the Perseids is just before dawn, though they can be seen as early as 10 pm.

The annual meteor shower gets its name from the fact that the meteors appear to originate from a location in the Perseus constellation.

Stargazers will have the opportunity to see up to 60 to 100 meteors per hour at the meteor shower's peak, just before dawn between August 11 and 13. However, vision during the peak periods may be restricted because the peak days fall on full moon days, reported Newsweek.

The Perseid cloud, a trail of dust and debris along the orbit of the comet Swift-Tuttle that was last observed close to Earth in 1992, is the source of the yearly meteor shower. Every 133 years, the comet circles the sun, leaving a trail of dust in its wake that the Earth travels through in the months of July and August.

The majority of the cometary debris burns up when it enters the Earth's atmosphere, resulting in the stunning streaks of light that can be seen from the ground.

Robert Massey, Deputy Executive Director at the Royal Astronomical Society, told Newsweek, "Meteors or 'shooting stars' are the result of small pieces of natural space debris entering the Earth's atmosphere at high speed-60 km a second in this case-and burning up high in the atmosphere, around 80 km above the ground."