Though these marine viral species aren't harmful to humans, they act like any other virus, infecting other organism and exploiting cellular machinery. 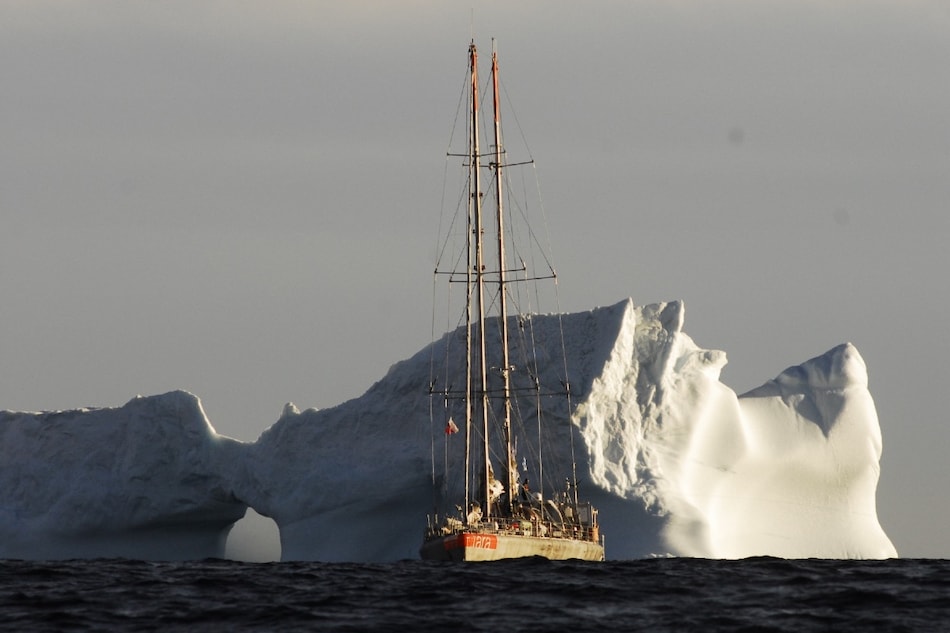 Several of the 5,500 marine RNA virus species recently identified by scientists may help push carbon absorbed from the atmosphere to permanent storage on the ocean floor, according to a study. The findings also suggest that a small percentage of the newly discovered species had borrowed genes from the animals they infected, which could aid researchers in determining their supposed hosts and functions in marine processes. The research is leading to a greater understanding of the outsized impact these tiny particles play in the ocean ecosystem, in addition to charting a wealth of core ecological data.

These RNA viruses were discovered in plankton samples gathered by the Tara Oceans Consortium, a global study of the impact of climate change on the ocean conducted onboard the schooner Tara. The effort aims to learn more about the organisms that live in the ocean and do the majority of the work of absorbing half of the human-generated carbon in the atmosphere and producing half of the oxygen we breathe in order to predict how the ocean will respond to climate change.

Though these marine viral species aren't harmful to humans, they act like any other virus, infecting another organism and exploiting its cellular machinery to replicate itself. Though the consequence may always be negative for the host, a virus's actions may have environmental benefits, such as assisting in the dissipation of a hazardous algal bloom.

The findings of the study have been published in the journal Science.

Additional research discovered 1,243 RNA virus species linked to carbon export. In order to promote carbon export to the ocean's depths, 11 species were involved. Two viruses associated to algae as hosts were chosen as the most promising targets for further research.

Ahmed Zayed, a research scientist in microbiology at The Ohio State University and co-first author of the study, said, “The findings are important for model development and predicting what is happening with carbon in the correct direction and at the correct magnitude.”

Another professor, Matthew Sullivan said that as people emitted more carbon into the atmosphere, the researchers relied on the ocean's vast buffering capability to keep climate change at bay.

Sullivan added that they were looking for viruses that could tune to a more digestible carbon, allowing the system to develop, produce larger cells, and eventually sink. And if it sinks, humans will be spared the harshest effects of climate change for another few hundred or thousand years.

To identify possible hosts, the researchers employed a combination of methods, first inferring the host from the viruses' classification in the context of marine plankton, and then generating predictions based on how the virus and host amounts co-vary since their abundances are dependent on one another. The third technique involved looking for signs of RNA virus incorporation in cellular genomes.

While most dsDNA viruses infect bacteria and archaea, which are widespread in the ocean, this recent study discovered that RNA viruses mostly infect fungi and microbial eukaryotes, as well as invertebrates to a lesser level. Only a small percentage of marine RNA viruses are capable of infecting bacteria.