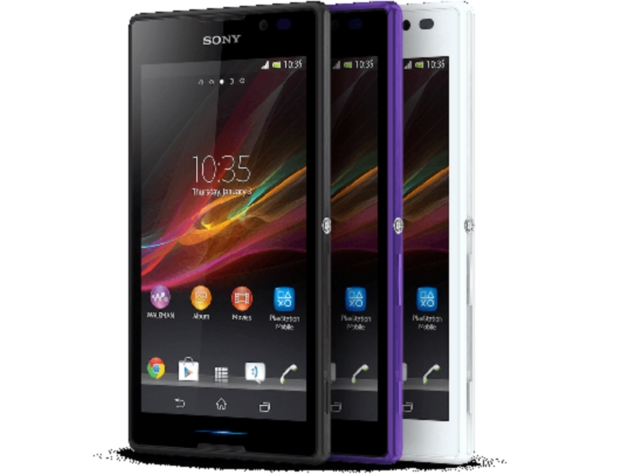 Mid-range smartphones might not attract as much attention as their flagship or high-end counterparts, but there is no denying that in markets like India, they are in massive demand.
Sony's new smartphone, the Xperia C is the company's attempt to win back some of the market share in mid-range segment it has lost over the past few years. The Sony Xperia C is also company's first tryst with a MediaTek processor.
Can the Xperia C with Xperia's signature design, dual-SIM support, and MediaTek quad-core processor deliver where the company's dual-core devices failed in the same segment? We try to find out.

Design/ Build
Sony seems to be following a consistent design strategy across the new Xperia range - the Xperia C boasts Sony's OmniBalance design, first seen in its flagship phone, Xperia Z, but misses out the rear glass panel and aluminium frames. The front and back of the Xperia C have a smooth finish, though the display is fingerprint magnet.When we said it borrows design cues from its high-end Xperia siblings we weren't kidding, especially the distinctive metal power / lock button which is located half way down the right panel of the Xperia C. The power button protrudes out and was first seen in the Sony Xperia Z, although it's much smaller this time. Further, much like other Xperia handsets, this one also features a volume rocker and dedicated camera button on the right panel, all of which are easy to hit one-handed.

Sony Xperia C is based on Android 4.2 and packs 4GB of inbuilt storage that can be expanded via microSD card (up to 32GB). The Sony Xperia C is a dual-SIM (GSM and GSM) mobile that accepts Micro-SIM and Micro-SIM cards. The Sony Xperia C measures 141.50 x 74.20 x 8.90mm (height x width x thickness) and weighs 153.00 grams. It was launched in Black and White and Purple colours.