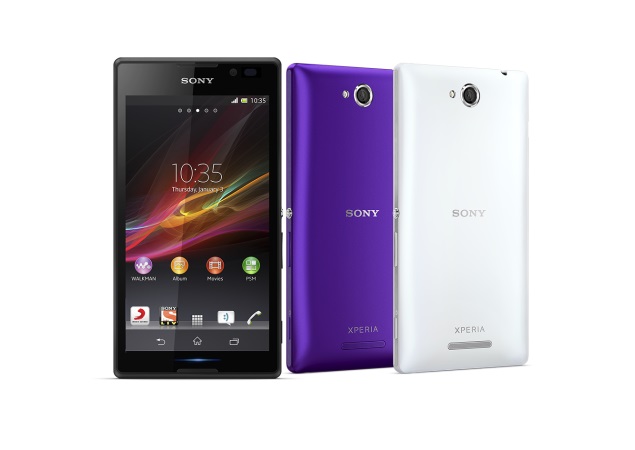 Sony has launched its latest phablet, the Xperia C, in the Indian market at a price point of Rs. 21,490.

Earlier this month, the device was listed at some online retailers for Rs. 20,490. The Sony Xperia C was officially unveiled earlier this year, at the Mobile Asia Expo.

The company has informed that the Xperia C comes with accidental damage cover for 6 months from the date of purchase. Further, Sony has tied-up with Airtel to offer 1GB free data access, for the first two months following the purchase of the smartphone.

The new Sony Xperia C boasts Sony's OmniBalance design, first seen in its flagship phone, Xperia Z. It is the first smartphone from the Japanese handset giant in the Indian market to be powered by a MediaTek MTK6589 quad-core processor; clocked at 1.2GHz.

The Xperia C features a 5-inch TFT LCD qHD (540x960 pixel) display and runs Android 4.2 Jelly Bean. It includes 1GB of RAM and 4GB of internal storage, which can be further expanded up to 32GB via microSD card. The Sony Xperia C is a dual-SIM smartphone (GSM+GSM) with dual standby.

The Xperia C sports an 8-megapixel rear camera with Exmor R sensor. The camera comes with features like face detection and Sweep Panorama, and is also capable of shooting videos in full-HD (1080p) mode. The phone also sports a 0.3-megapixel front camera.

Connectivity options include 3G, Wi-Fi, DLNA, Bluetooth 4.0 and GPS. The smartphone will be available in White, Black and Purple colour options.

The Sony Xperia C also includes motion-gaming, FM radio with RDS, Walkman app and 'screen mirroring'. The device is backed by a 2330mAh battery, which the company claims can deliver up to 10 hours of talktime and up to 588 hours of standby time.