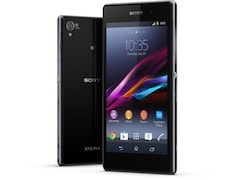 The Xperia Z1 is Sony's latest flagship smartphone. It's one of the first phones powered by a Qualcomm Snapdragon 800 processor, and features a 5-inch full-HD display in a form factor which is in line with Sony's OmniBalance philosophy, but much sturdier, as it's flanked by an all new metal frame. We try to find out if this latest generation Android smartphone ticks all the right boxes, in our Xperia Z1 review.