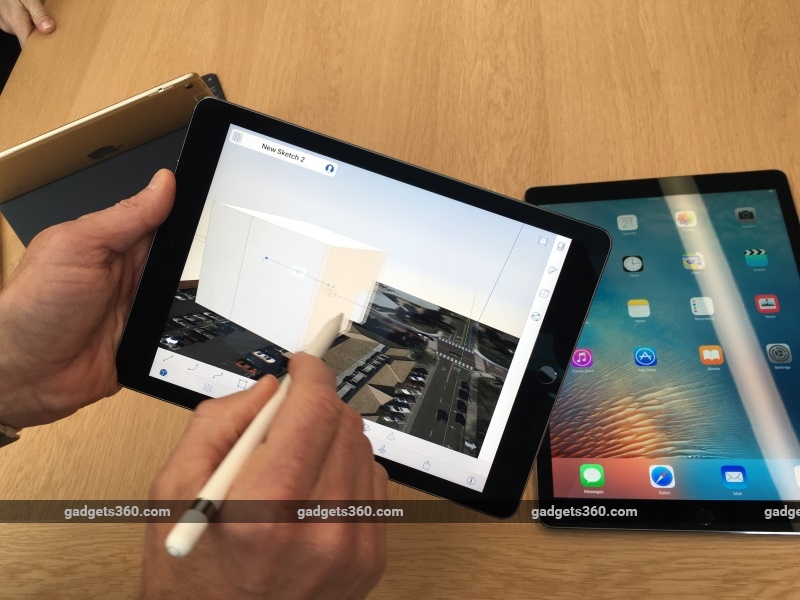 Apple may have suggested that the 9.7-inch iPad Pro that it launched earlier this week is as powerful as its last year's 12.9-inch iPad Pro, but that might not be accurate, according to benchmarking results.

As always, Apple didn't share a whole lot of details about the innards of the tablet. But a listing of the new iPad Pro on the Geekbench app, courtesy of Matthew Panzarino, has laid bare all the details. The listing reveals A9X SoC on the 9.7-inch iPad Pro is underclocked, and furthermore, the tablet also houses 2GB of RAM.

While that's a bummer, users are likely going to be more disappointed about the RAM module on the new iPad Pro. As compared to the 4GB of RAM on the last year's iPad Pro (as revealed by Adobe, and teardown by iFixit), the 9.7-inch iPad Pro houses 2GB of RAM.

These revelations could make the 9.7-inch iPad Pro less enticing for users. Many were under the impression that the 9.7-inch tablet is identical to the 12.9-inch iPad Pro on the hardware specifications front. Fortunately for them, there are a couple of things in the new iPad that are better than Apple's last year's offering. For instance, the 9.7-inch iPad Pro sports 12-megapixel iSight camera and 5-megapixel FaceTime HD camera combination.