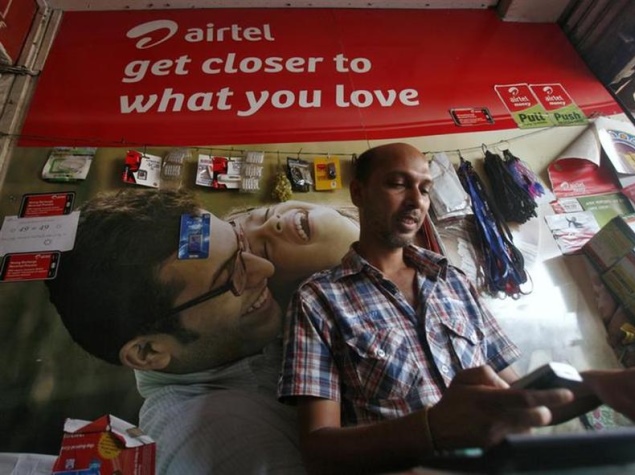 Telecom operators Airtel and BSNL are likely to sign a pan-India roaming pact within a month to strengthen their 2G mobile services in areas where either of them has a weak or negligible presence.

"We are soon going to sign a pan-India intra-circle roaming agreement with Airtel with a focus to strengthen coverage in rural areas. Commercials are being worked out.

This is most likely to signed within a month," BSNL Chairman and Managing Director Anupam Shrivastava told PTI.

When contacted, Airtel did not comment on the matter.

Shrivastava said the deal is a part of the BSNL strategy to spend carefully on building infrastructure and use sharing rules to bring down operational cost besides providing good network to consumers.

"We have made 'co-opetition' (co-operative competition) as one of the key strategies. Under this we are looking at opportunity where we can co-operate with other players to expand our business," he said.

BSNL has invested about Rs. 4,000 crores in the latest network expansion (phase 7). It is expected to be completed by June 2015.

Airtel claims its mobile network with 1,42,898 base stations covers an area of 87 percent of India's population.

BSNL's mobile network covers an area of 72 percent of country's population which will further increase after completion of phase 7 network expansion.

The state-run telecom firm will have about 1,10,000 base stations after June this year.