SpaceX said that the satellites were successfully deployed. 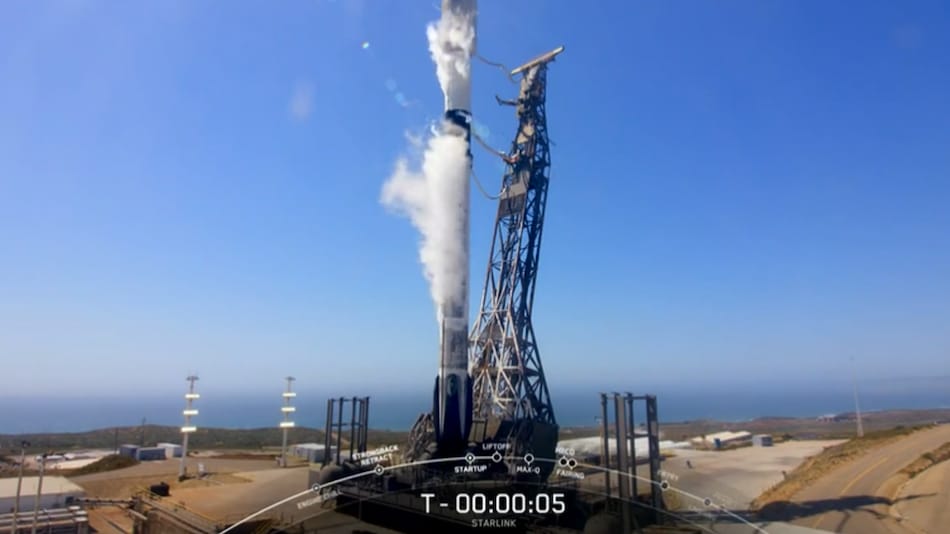 A SpaceX rocket carried 53 satellites for the Starlink internet constellation into orbit Friday after blasting off from California.

The Falcon 9 booster lifted off from Vandenberg Space Force Base at 3:07pm., and minutes later the first stage landed on a droneship in the Pacific Ocean while the second stage continued toward low Earth orbit.

SpaceX later tweeted that the satellites were successfully deployed.

Starlink is a space-based system that SpaceX has been building for years to bring internet access to underserved areas of the world.

Hawthorne, California-based SpaceX has hundreds of Starlink satellites orbiting Earth at an altitude of 340 miles (550 kilometers).

SpaceX recently announced that its Starlink Internet service will now be available in 32 new countries. It shared an availability map for the service, which showed countries marked under different segments such as Available, Waitlist, and Coming Soon. Most countries in Europe and North America are listed under Available, while some regions in South America are under waitlist, which means that the Starlink service is read to ship in these regions. Most of the newly added countries fall under the coming soon category, including all of Africa, South America, and South and Southeast Asia.

The Starlink Internet service will expand to more countries, including India. However, in India, the service still hasn't received commercial licences. SpaceX had originally planned to launch the service in India and provide full coverage by the end of 2021. The new availability map does not reveal any timelines for the countries where the Internet service is said to launch.