Starlink is primarily available in North American and European countries. 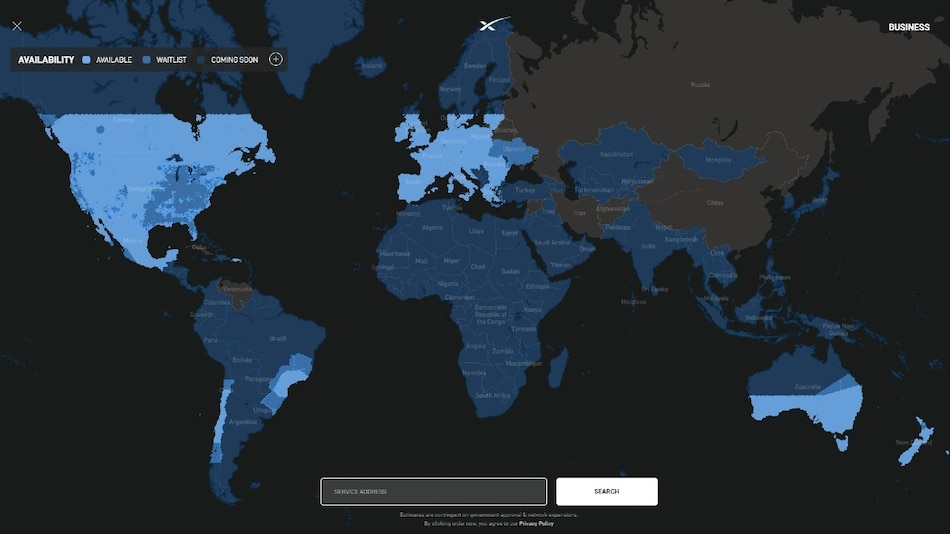 SpaceX could start expanding Starlink to other countries in 2023

SpaceX has announced that its satellite Internet service, Starlink, is now available in 32 countries. The company shared an availability map for Starlink, marking countries under 'Available', 'Waitlist', and 'Coming Soon' segments. Primarily countries in Europe and North America fall under 'Available'. Furthermore, the company claims that in these regions, Starlink is ready to be shipped immediately. On the other hand, all of Africa and most South American countries are marked to soon receive Starlink. South and Southeast Asia countries also come under 'Coming Soon' for now.

The announcement was made through SpaceX's official Twitter handle. As mentioned earlier, Starlink will now be delivered immediately in a total of 32 countries across the world. SpaceX is expected to expand the availability of Starlink to more countries, which also includes India. The availability map does not show any timelines for countries where Starlink will be launched at a later stage, however, it is expected to begin sometime in 2023.

Previously, SpaceX had planned to deploy its Starlink network in India and provide complete coverage by the end of 2021. Its aim was to target rural Lok Sabha constituencies in the country to provide high-speed Internet access in remote areas where wired broadband Internet connections might be difficult to set up. The company would have utilised 80 percent of the Starlink terminal shipped to India for rural areas. SpaceX had ambitions of installing up to 200,000 terminals in India by the end of 2022.

However, it failed to apply for a commercial licence to provide broadband and other connections in India by the end of 2021. Following this, SpaceX was directed by the Department of Telecom to issue refunds for the 5,000 pre-orders that the company had already received from customers in India. In the emails sent to its customers in India, SpaceX mentioned that "several issues" would have to be resolved for the company to acquire a licence in India. It also failed to share a timeline for when Starlink might eventually be available in the country.