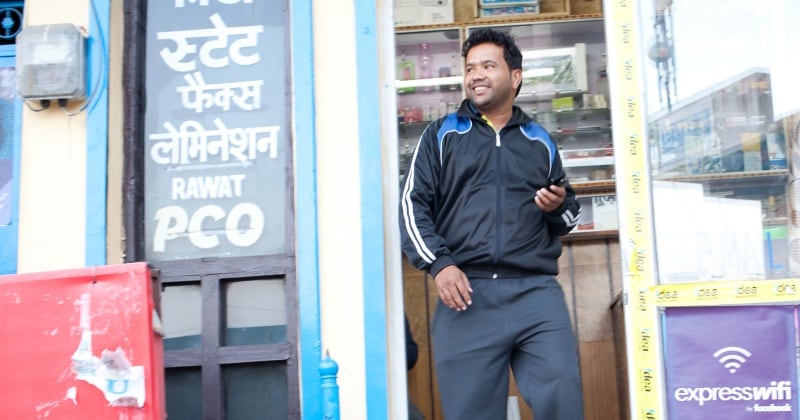 After being in testing for a while now, Express Wi-Fi by Facebook was on Thursday launched commercially in India. Facebook revealed the service has been in testing since 2015 with various ISPs and is now commercially available via nearly 700 hotspots across four states - Uttarakhand, Gujarat, Rajasthan, and Meghalaya.

Alongside, Facebook announced its partnership with Airtel to launch 20,000 new Express Wi-Fi by Facebook hotspots across the country "over the next few months". Services in Uttarakhand, Gujarat, Rajasthan, and Meghalaya are currently enabled by AirJaldi, Tikona, LMES, and Shaildhar ISPs, respectively. The company in a press statement noted that the Express Wi-Fi connectivity solution is currently live in five countries - India, Indonesia, Kenya, Nigeria, and Tanzania.

Facebook says anyone can access the Express Wi-Fi network by signing up with an Express Wi-Fi retailer and purchasing a daily, weekly or monthly data pack at a rate set by its partners. They will then be able to connect to the Express Wi-Fi hotspot, register/create an account, login, and "start browsing or use any app on the entire Internet."

In a statement, Munish Seth, Head of Connectivity Solutions, Facebook Asia Pacific, said, "Express Wi-Fi is designed to complement mobile data offerings by providing a low-cost, high bandwidth alternative for getting online and access apps, download and stream content. Our Express Wi-Fi partnerships empower local Indian entrepreneurs to start businesses to offer internet access to their town or region. They also help Indians connect to the internet easily and for an affordable rate."

"Our goal is to grow the number of Express Wi-Fi hotspots in India rapidly. India has a population of about 1.3 billion people, but according to the Telecom Regulatory Authority of India (TRAI's) Performance Indicator Report, only 390 million people are connected to the Internet... More connectivity helps build global communities. We can't wait to work with our partners to continue expanding Express Wi-Fi across the world."

Will Ultra Low-Cost Windows 10 S Laptops Be a Game-Changer in India?
Battle Bay Launched by Rovio, a Naval Warfare MOBA for Android and iOS