Telecom Bill Likely to Be Implemented in 6-10 Months, IT Minister Ashwini Vaishnaw Says

If the Telecom Bill is approved, over-the-top players like Whatsapp, Zoom and Google Duo which provide calling and messaging services may require licences to operate in the country. 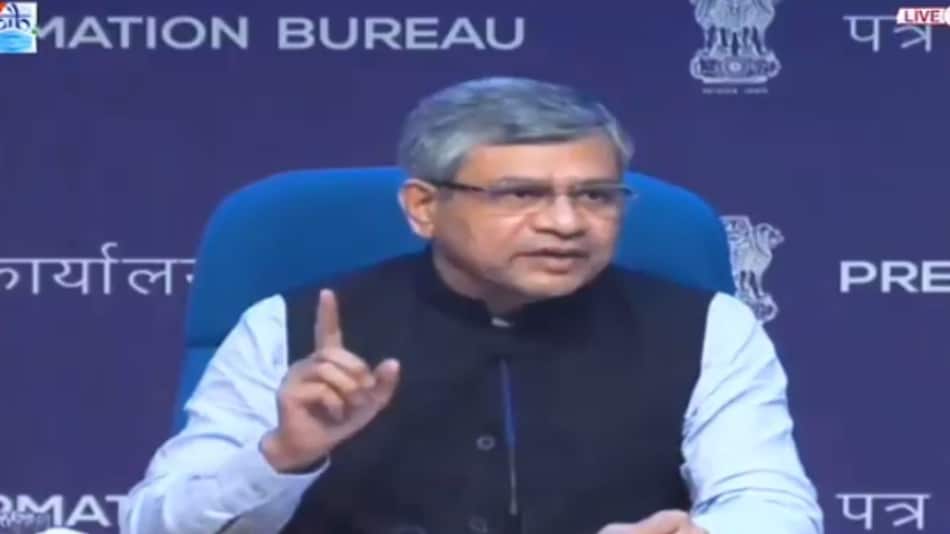 The new telecom bill, which will replace the 137-year-old Indian Telegraph Act, is expected to be in place in 6-10 months but the government is not in a hurry, communications minister Ashwini Vaishnaw said on Friday. The bill also seeks to replace the Indian Wireless Telegraphy Act, 1933 and the Telegraph Wires (Unlawful Possession) Act, 1950.

"Based on the consultation process, we will create the final draft. That draft will then go through committee processes of Parliament. Then it has to go (to) Parliament. I see a timeline of 6-10 months but we are not in a hurry," Vaishnaw said when asked about a timeline for implementation of the final bill.

The minister gave over 36 minutes of detailed presentation on the draft bill.

If the bill gets approved then over-the-top players like Whatsapp, Zoom, and Google Duo which provide calling and messaging services may require licences to operate in the country.

While the government has sought reference from the Telecom Regulatory Authority of India on licensing framework for Internet and calling messages, the bill clearly shows the government intent to bring the OTT apps under the licensing regime.

"OTT already comes under regulation by interpretation of what is a telegraph. The consultation process for its regulation has already started. The focus of this bill is that we have to make a light touch regulatory environment. Wherever required there should be strict effective regulation and in rest of the places there will be light touch regulation," the minister said.

The bill proposes all Internet calling and messaging apps to comply with the Know Your Customers (KYC) provision when they come under telecom licence ambit.

The minister said the first fundamental thought in the bill is about protection of users and every consumer has the right to know who is making the call.

"If calls can take place from different platforms then every platform needs to come under the same kind of regulation. This is not only in India, this is the thought process across the world. Technology has brought so many changes that the distinction between voice call and data call has disappeared," Vaishnaw said.

He said that KYC norms will also help in curbing cyber frauds.

The minister said that it is the fundamental duty of users to give correct information while take services from operators.

The minister said that telecom service providers will be given an option to shift to the new rule. The new Telecom Bill proposes up to one year imprisonment for giving false identity for availing telecom services, while slashing the maximum penalty of telecom operators to Rs. 5 crore from Rs. 50 crore per circle imposed at present. The penalty is expected to range from nil to a maximum of Rs. 5 crore.

The government in the bill has proposed a provision to waive fees and penalty of telecom and Internet service providers.

Vaishnaw said that the government will focus on continuity of service in case a company goes for insolvency as at the end the spectrum will come back to the government.

The bill proposes an enabling framework for the Centre to address defaults in payment by a licensee, registered entity or assignee.

In case of extraordinary circumstances, the government can decide to defer the due payment, convert a part or all of the amounts into shares of the entity, write-off the amount or a part of it or even provide relief from payment of such amounts or a part.

The draft also has a provision for a refund of fees in case a telecom or Internet provider surrenders its licence.