Dolby Vision: What Is It, and How Does It Make Your Movies and TV Shows Better?

You can watch Dolby Vision content through Blu-ray Discs or streaming services such as Netflix and Apple TV. 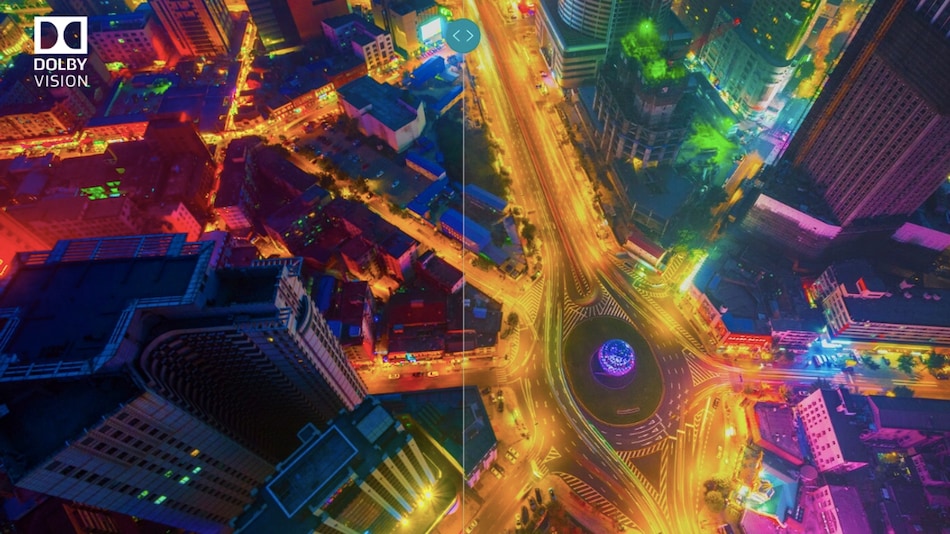 It's been nearly four years since the launch of the first televisions with Dolby Vision in India, but the format is only now seeing large scale use. This is thanks to a couple of key reasons. The first is the availability of televisions with Dolby Vision support from more brands at much lower prices, and the second is a growing list of available content. Today, it's possible to watch many movies and TV shows in Dolby Vision without putting in too much effort and money.

Dolby is a familiar name, but we've usually only heard of it when it comes to audio. So what exactly is Dolby Vision? How does it make a difference to what you're watching? And why should you make sure your next TV supports this standard? Read on to find out.

What is Dolby Vision?

To properly answer this question, we need to first understand what HDR video is. While standard dynamic range video at the consumer level usually has 8 bits per sample, high dynamic range (HDR) video is anything with 10 bits or more, and a higher peak luminance. Simply put, HDR video makes for better and more accurate colours, has deeper blacks and brighter whites, and is significantly brighter on the whole.

There are a few different formats for HDR video at the consumer level, including Hybrid Log-Gamma (HLG), HDR10, HDR10+, and Dolby Vision. The fourth is the most advanced of the formats, supporting a 12-bit colour depth and a theoretical maximum brightness of 10000cd/m2 of luminance. This puts it a step above the more widespread HDR10+ format. Dolby Vision also supports dynamic metadata as compared to HDR10's static metadata, which means that each scene can be separately optimised during post-production.

Although Dolby Vision is a 12-bit format, it is backward compatible with the HDR10 and HDR10+ standards as well. So even if you don't have a Dolby Vision-capable TV, if it does support HDR10+, you'll be able to watch Dolby Vision content, though slightly downscaled when it comes to colours and brightness.

Dolby Vision is developed by Dolby Laboratories, an American company that specialises in developing technology for audio and video encoding. The technology is licensed by a number of television manufacturers with a presence in India, including Sony, LG, OnePlus, and Vu, to name a few. While Sony and LG's Dolby Vision TVs are part of their high-end ranges, brands like Vu and Kodak have affordable televisions with the technology.

There are a couple of ways to do this. The more traditional (and significantly more expensive) way is Blu Ray discs. Many new movies on Blu Ray also support 4K and Dolby Vision; if you have the right Blu Ray player (such as the Sony UBP-X700) and a Dolby Vision-capable television, you can watch movies in the format.

While Apple TV offers movies and TV shows either to rent or purchase, or through an Apple TV+ paid subscription, Netflix offers its entire catalogue in 4K Dolby Vision for Rs. 799 per month in India. The latter is a better value proposition in our opinion, as Netflix has a massive catalogue of content in 4K, with much of the UHD content also available in Dolby Vision HDR.

What can I watch in Dolby Vision?

A quick look online shows a big list of Blu Ray titles that support 4K and Dolby Vision, including popular movies such as Casino Royale, It, the Matrix trilogy, and Pacific Rim: Uprising, to name a few. If you prefer the ease and cost effectiveness of streaming, that list is even larger.

If you're particularly interested in Indian content, there's good news on that front. Netflix has pushed adoption of Dolby Vision in India, and has already produced a couple of movies in India that are available now in the Dolby Vision format; Yeh Ballet was released in February, while Guilty has been streaming since March 6.

Dolby Vision does significantly enhance the viewing experience for the viewer, making for a more realistic and clean picture, according to Vijay Venkataraman, Director of Post-Production at Netflix India. He also elaborated that adoption has been slower in India because of the way things were done here; with Netflix taking the lead on this, it could mean that more studios produce their movies in the format. Netflix itself will continue to work with Dolby Vision for its upcoming releases, according to Venkataraman.

How does it make movies and television shows better?

The core benefit of Dolby Vision is, as we mentioned before, a wider colour gamut. This makes for movies and TV shows that are more accurate when it comes to colours, brighter, and all-in-all more pleasant to look at. While a lot depends on the quality of the TV itself, Dolby Vision is certainly playing a role in improving the signal going to the screen.

We've seen Dolby Vision have a significant impact on movies and TV shows that are visually striking; some of our favourite shows in the format are Our Planet, Narcos: Mexico, and Stranger Things, while movies such as Triple Frontier, Polar, and Bird Box benefit from better colours and brightness as well.

India's somewhat late entry to the Dolby Vision party meant that popular shows such as Sacred Games missed out on the format for its second season, as did shows like Jamtara and Delhi Crime. However, 2020 has already brought two produced-in-India movies to the platform in the format - Yeh Ballet and Guilty.

“I was thrilled when I first found from Netflix that we have the ability to use Dolby Vision for Yeh Ballet,” says Sooni Taraporevala, writer and director of Yeh Ballet, a movie about two underprivileged teens who are passionate about ballet dancing. “To have the option to bring alive a scene on a screen with that level of detail was absolutely wonderful for me as a director. We had decided on specific looks for all the spaces shown in the film, in terms of colour, contrast and softness. Dolby Vision really helped us in retaining these looks in great detail, through to the final output,” concludes Taraporevala.