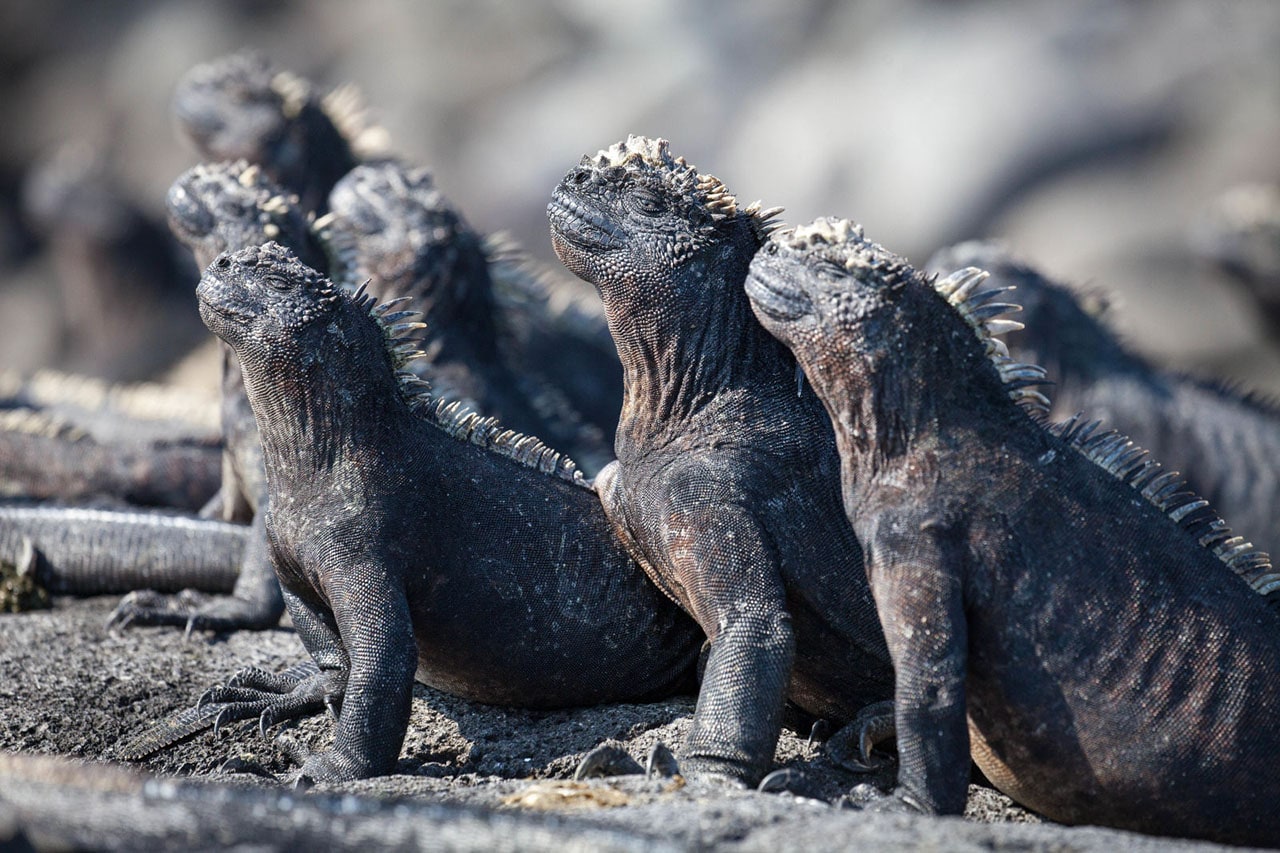 Like many millions of others this week, you might have seen a clip of a baby iguana’s miraculous escape from the clutches of several racer snakes. It quickly went viral, and (hopefully) alerted the general public to the awesomeness that is Planet Earth II.

Two, you say? Yes. The original Planet Earth series remains one of the finest showpieces in the nature documentary world, and also one of the most expensive productions. First released in 2006, the show had some amazing insights into life on Earth. Now, we have a sequel. Planet Earth II is here - and it promises to be bigger and better.

Planet Earth series 2, consisting of a total of six episodes, took more than 2,000 days to shoot across 40 different countries. That equates to five and a half years non-stop. After watching the first episode of Planet Earth II in full, we ended up having a discussion. This is a condensed and edited form of the same.

Pranay Parab: I had heard about Planet Earth as one of the best documentaries/ mini-series ever made, but never bothered to watch it. A few days ago I saw that crazy baby iguana escaping a horde of snakes clip via Twitter and I thought, “I just have to, have to watch this show.” I went into it only for that iguana and I wasn’t disappointed. Actually that’s a massive understatement. Mind. Blown.

Akhil Arora: I don’t know who thought of releasing that clip, but it was a brilliant advertisement for the show. The speed at which it went viral on Monday across social media feeds was something to behold in itself, though how much that translates into a viewership spike ultimately remains unknown. As someone who loved the original series - 2006’s Planet Earth - and watched it from start to finish, I really do hope that more people watch this time around.

That segment on the Galápagos Islands in the Pacific with the marine iguanas and racer snakes, as mind-blowing as you rightly said it was, also showed some other great aspects of the iguana’s life - from crabs helping the iguanas with exfoliation, to lizards keeping flies off their faces. It greatly spoke to the tight integration within the natural world, as opposed to us humans who prefer to live all by ourselves, and oppose the slightest of nature’s intrusion - I hate seeing even a single ant anywhere in my house.

Pranay: Yes, it’s an amazing example of the food chain and how life on earth is so interlinked. These were marine iguanas, so they feed on grass on the ocean floor, but they have to lay their eggs on the sand. The moment the baby iguana is born, it’s attacked by a horde of racer snakes. Why is this so? Because the racer snakes probably won’t have a better feeding opportunity all year! I’ve known for some time that some memories can be passed along genetically (in other animals if not humans) but I was still astonished to see that the baby iguana knew that snakes can detect movement. It stood absolutely still until one snake accidentally bumped into it. The rest is in that amazing clip.

In fact this led me to an article in GQ, where the producer Elizabeth White talks about how the starving snakes would even eat each other (see video below, starting at 0:49). That was too horrific for the show. I’m sure they sat there for days, if not months, to film all this and the end result is simply spectacular.

The best thing about this episode is it doesn’t just stop at the unbelievable escape of the baby iguana, but highlights all other aspects of life on the Galapagos Islands. This starts with a short, but excellent, description of how small islands leave little room for species to exist and how that leads to greater competition for space.

Akhil: Not to forget how it also showcases the sheer contrast across different islands. The first island we visit in the episode is Isla Escudo de Veraguas, home to the pygmy three-toed sloth. Attenborough tells us that the sloth’s life on the island is idyllic, considering the abundance of mangroves (for food), and the non-existence of any predator (for survival). The greatest challenge for a male, who is one of just a few hundreds in total, is finding a mate.

As humans, his plight seems almost inconsequential to us, living in a world where we can indulge in armchair dating at the flick of a finger, quite literally. For a sloth though, it’s a task that he must devote considerably energy towards - he leaves behind his cozy tree branch for a dip in cold waters, all to find the female calling out.

This genetically-ingrained need to not just propagate but care for the young ones is obviously much starkly displayed in the episode’s closing segment, with the chinstrap penguins on Zavodovski Island down under. Parts of that were quite heart-wrenching, especially with that horrid bird standing over the female penguin and her baby, waiting to see if the dad would show up. What was your experience like?

Pranay: I felt bad even for the poor sloth who travelled fast (for a sloth) and swam across to a nearby mangrove only to find disappointment. He couldn’t find the female sloth he was looking for. Of course, the penguin part was heart-wrenching too. Most of them jump off cliffs into one of the world’s roughest seas just to find food. Quite a few of them get killed or seriously injured.

Thankfully the penguin in focus managed to find food for the young ones, and their mother immediately left for a hunt. Just imagine what would happen if one of them died during the hunt - the young ones would perish too. And those menacing carrion birds waiting for one of these penguins to starve is perhaps one of the best shots in the episode, right after that long shot showing more penguins than anyone has ever seen in one place.

Akhil: The word menacing reminds me of the other scene involving the red crabs and yellow crazy ants on Christmas Island in the Indian Ocean. It not only wonderfully portrayed the fragility of an ecosystem and the downsides of an isolationist lifestyle, but echoed the significance of what may seem entirely insignificant for us. As the episode tells us, the yellow crazy ants got introduced to the island by mere accident - visiting ships.

But their adeptness in forming super-colonies, and the spraying of formic acid as a defence mechanism has made them the crabs' public enemy #1, and wildlife experts have labelled them the "single greatest known threat" to biodiversity on Christmas Island. For the red crabs, the island is the only world they will ever know, as the Earth is for us. And so for me, it brings to mind our wish to interact with alien life.

As we did on Christmas Island, an interstellar species could inadvertently leave behind microbes or viruses that our bodies would have no defence against. Unlike the crabs though, we tend to move about Earth in planes, and would effectively distribute the new species across national borders. It's entirely possible that most of us could so easily just get wiped off this planet, with the survivors having to cordon off large parts of the globe.

This is happening with the crabs. 15-20 million of them have been displaced, and the trip to the sea is more perilous than ever. Thankfully, conservation efforts are taking place to turn things around.

Pranay: That reminds me about the narrative. David Attenborough’s soothing voice ever so gently reminds us of how humans often have a disruptive effect on the environment and how many species are rendered extinct because of this. Hans Zimmer’s soundtrack is just magnificent. The gentle transition from the pleasant music before the red crabs’ walk to the sea to the mellow score when the crabs are killed by the ants is really good. That’s just one part of the great score throughout the episode. I’m definitely eager to watch the rest of this show and will spend my free time catching up with the original Planet Earth series as well. What about you?

Akhil: Ah, if only I could forget it all just so I could experience watching all 11 episodes of the original once again. That aside, I’m really excited to how some of the next five episodes - the likes of ‘Mountains’, ‘Jungles’, and ‘Deserts’ - which share names with 2006’s Planet Earth episodes, will set themselves apart and even add to the spectacle BBC itself provided so spectacularly.

Attenborough has spoken about how the advances in technology has allowed them to capture shots that wouldn’t have been possible 10 years ago, and we saw some of that in the Planet Earth II opener - be it drones, or remotely-controlled cameras. I’ll bide my time between each episode with these wonderful 360-degree videos, and access more of Attenborough’s work on the new BBC app, The Story of Life, which has over a thousand clips from his six-decade career.

Residents in the UK can watch Planet Earth II for free via BBC iPlayer. If you live outside UK, you can use browser extensions such as Beebs to watch it.

PS4 Pro vs PS4: What's New, Different, and Everything Else You Need to Know
Mark Zuckerberg Again Rejects Claims of Facebook Impact on US Election