The EZIE mission will help scientists understand how space weather may affect electrical currents in the upper atmosphere. 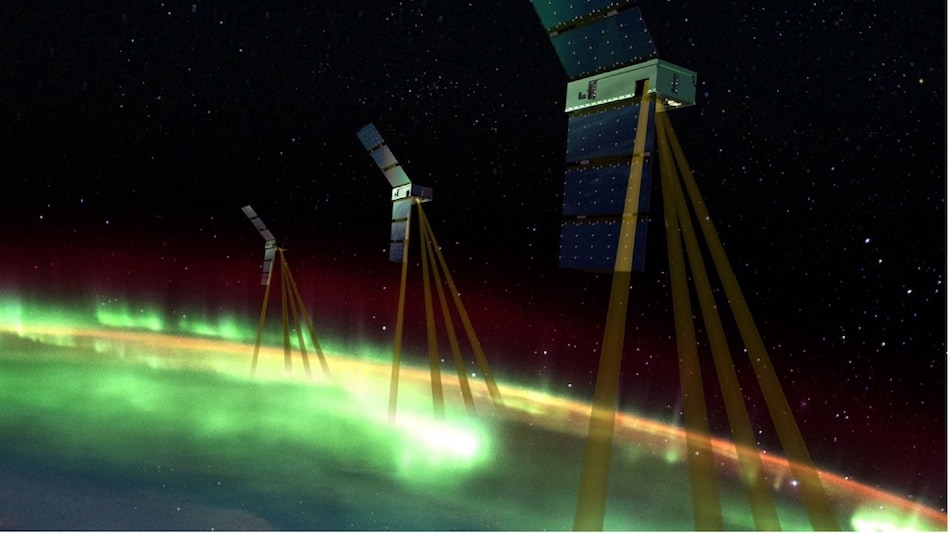 The National Aeronautics and Space Administration's Electrojet Zeeman Imaging Explorer (EZIE) mission has passed on to the construction phase after a rigorous review for design cleared the project for further development. Under the EZIE mission, scientists will study electrical currents in the uppermost limits of Earth's atmosphere which will solve the mystery of electrojets' structure and evolution. The mission will see three identical CubeSats orbiting the Earth in a pearls-on-a-string formation, being launched no earlier than 2024.

The three satellites will study auroral electrojets, electrical currents that emerge about 100 kilometres above the surface of the Earth, in a region of the atmosphere called the ionosphere for the dense presence of charged particles known as ions. The electrojets are just one part of a much more massive electrical circuit that flows between the Earth and the surrounding space up to a distance of 160,000 km.

The three CubeSats will look at light from oxygen molecules just below the electrojets (about 80 km from the surface of the Earth), by using Zeeman splitting. Zeeman splitting is a phenomenon wherein a molecule's light spectrum splits in the presence of a strong magnetic field. As magnetic and electrical fields exist in tandem, scientists behind the EZIE team will be able to infer the electrojet currents and their resultant magnetic fields on the ionosphere above.

These studies are important as they will help scientists determine how the size and strength of these electrojets change when solar storms impact Earth's magnetosphere. For our civilization that's increasingly reliant on electrical equipment in every sphere of life, it's important to understand how space weather like coronal mass ejections (CMEs), solar flares, solar storms and other events can affect the planet.

The mission is being funded by the Heliophysics Explorers Program, managed by the Explorers Program Office at NASA's Goddard Space Flight Center with Maverick Space Systems providing launch and deployment services, and Blue Canyon Technologies providing other mission-critical infrastructure.