Honor Vision Smart TV Unveiled at IMC, Will Release in India in Q1 2020 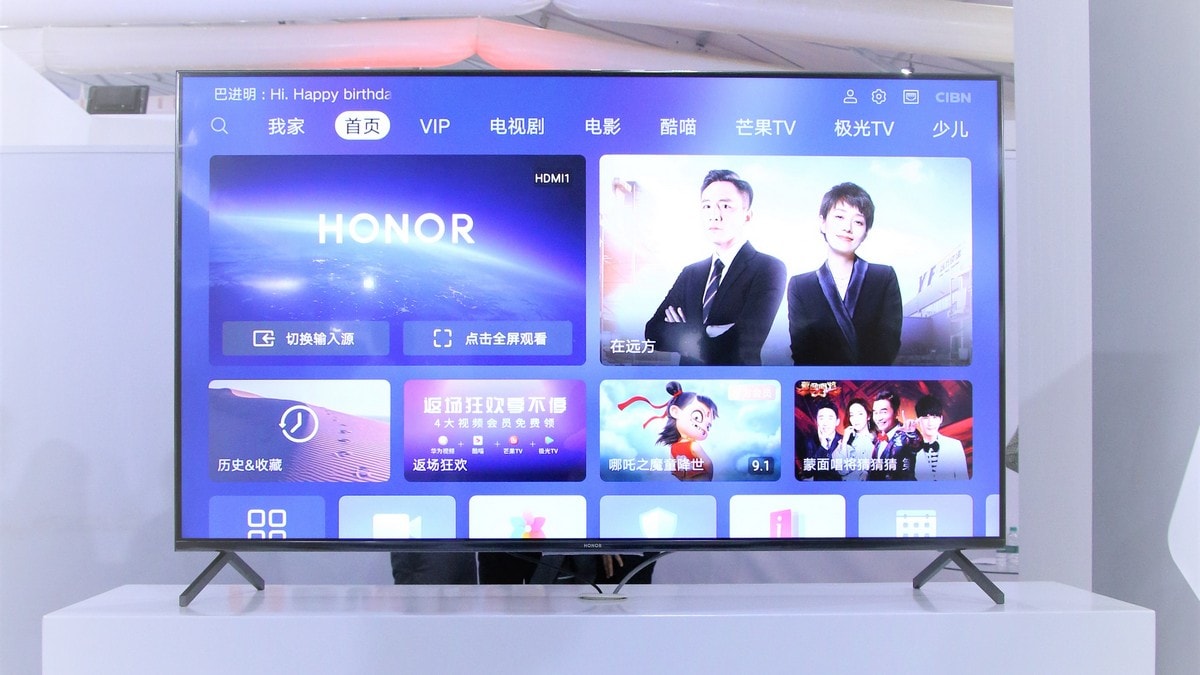 Honor Vision was unveiled at the Indian Mobile Congress (IMC) that kicked off today in New Delhi. The smart television was first globally unveiled in August, alongside the pop-up camera bearing Honor Vision Pro model. The move represented the first televisions by the Huawei brand, and the two models went on sale in China in August itself. With the India unveiling however, the company has not detailed the Honor Vision price in India or given an exact launch date. All we know is that the Honor Vision will go on sale in the country in Q1 2020.

Connectivity options on the Honor Vision include Bluetooth 5.0, Wi-Fi 802.11 a/b/g/n/ac, three HDMI ports, one USB 3.0 port, and one Ethernet port. There are four 10W speakers on the television. The company says the smart TV can act like a Smart Home hub, and its operating system will have elements of the Magic UI 3.0 and EMUI 10 operating systems used by the Honor and Huawei brands respectively. The Honor Link feature lets the smart TV be controlled by compatible smartphones.

The Honor Vision Pro, on the other hand, features the same specifications as the Honor Vision, with some additions. It features a pop-up camera (capable of 1080p video calling), two additional 10W speakers, as well as twice the onboard storage at 32GB.