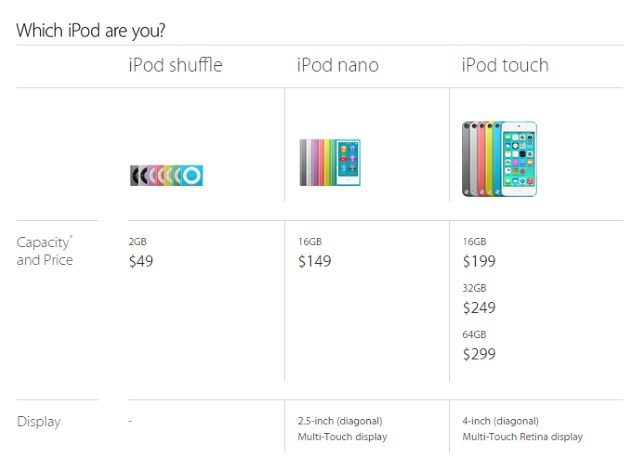 Apple made a number of very high-profile announcements and product introductions at an action-packed event in California on Tuesday, but one little piece of news slipped under the radar. The company appears to have finally withdrawn the venerable iPod Classic from circulation.

The iPod Classic, which had not been significantly updated since 2007, was the last iPod based on Apple's original design, which dates back to 2001. It was also one of the last Apple products to use a magnetic hard drive rather than solid-state Flash storage. Available in capacities of up to 160GB, the iPod Classic was also Apple's highest capacity iPod.

The iPod touch, with its ability to run iOS apps and provide a rich graphical interface for Web browsing and a large screen for watching videos, has been eating into the Classic's market share since its launch in 2007. Originally available in capacities up to 16GB, it can now be purchased with up to 128GB of storage. The iPod Classic still offered a better cost-per-Gigabyte ratio, but its limited functionality, weight, and more delicate components made it less and less attractive overall.