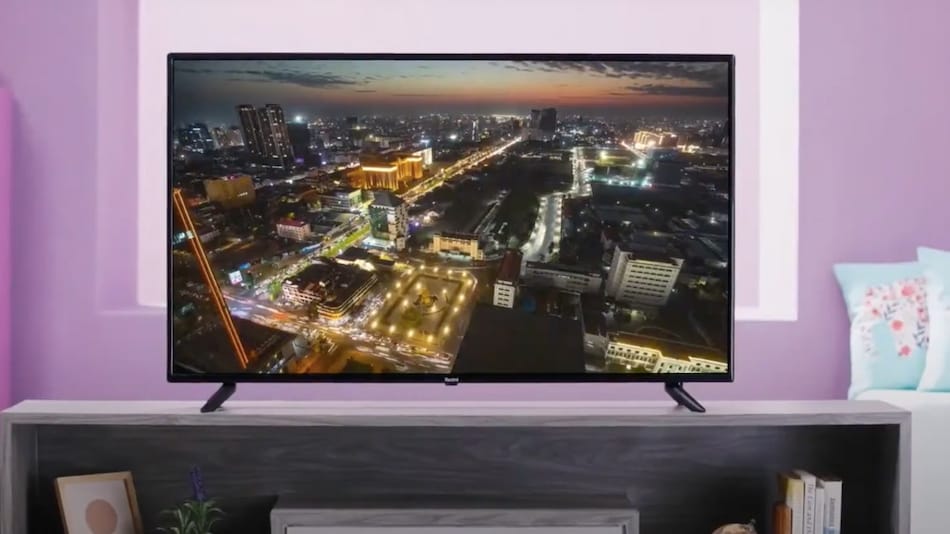 Redmi Smart TV 32 price in India has been set at Rs. 15,999, while the Redmi Smart TV 43 carries a price tag of Rs. 25,999. The new Redmi Smart TV models will be available for purchase in the country through Amazon, Mi.com, Mi Home stores, and offline retailers. The TVs will go on sale starting the first day of the Amazon Great Indian Festival 2021 and Diwali With Mi sales. Dates of these festive season sales are yet to be revealed, though.

To attract customers during the festive season, Xiaomi said during an online announcement that the Redmi Smart TV 32 and Smart TV 43 will be available with a special festive offer and price. Exact details will, however, be announced at a later stage.

On the specifications front, the Redmi Smart TV 32 and Redmi Smart TV 43 both run on Android TV 11 with PatchWall 4 on top out-of-the-box. The proprietary skin brings IMDb integration as well as features including Universal Search, Kids Mode, and Language Universe, among others. The TVs also include Xiaomi's Vivid Picture Engine and carry 20W speakers, along with Dolby Audio and DTS Virtual:X support. Additionally, there is Dolby 5.1 surround sound for an enhanced audio experience. The Redmi Smart TVs also come with Chromecast built-in and have preloaded Google Assistant support.

The Redmi Smart TV 32 and Redmi Smart TV 43 both also include a new Mi Remote that comes with the dedicated Google Assistant button and carry features including Quick Mute that lets you mute the TV by double tapping the volume down key. The remote also includes a Quick Wake feature that is claimed to help turn on the TV in less than five seconds.

Wireless connectivity options on the new Redmi Smart TV models include dual-band Wi-Fi and Bluetooth v5.0. The TVs also include the latest Miracast app for casting Android devices to the large display. Further, there is an Auto Low Latency mode that is claimed to help reduce the latency rate when using the TVs with a game console.

The Redmi Smart TV models come in an eco-friendly Eco-Packaging that can be transformed into a storing shelf or a cat house.

HP Spectre x360 16 2-in-1 Laptop With GlamCam, Up to 17 Hours Battery Life Launched
Xiaomi Civi Launching as a New Smartphone Series on September 27