Is this the best streaming device you can buy right now in India? 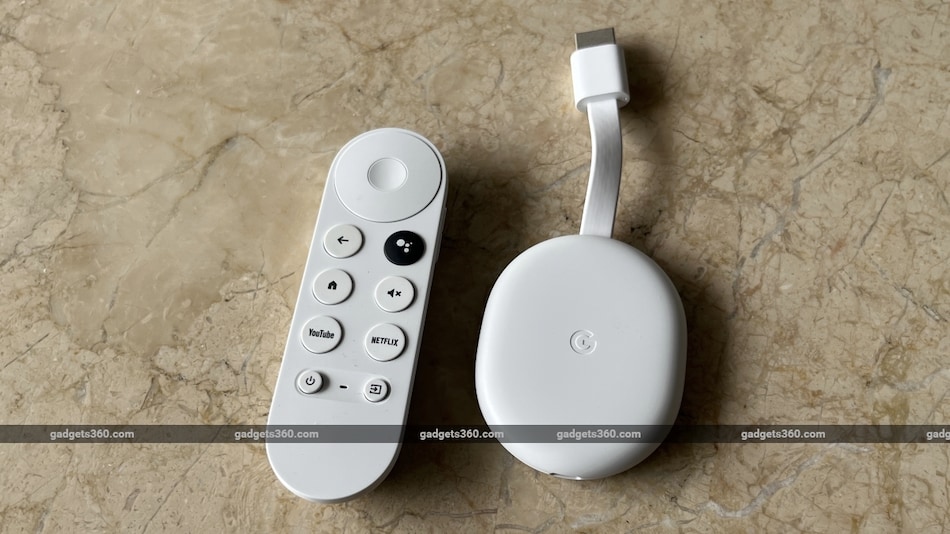 The Chromecast with Google TV is priced at Rs. 6,399 in India

One of the first real streaming devices of the current era was the Google Chromecast, which adopted a novel approach to let you wirelessly access Internet-based content on an ordinary, non-smart television. The device didn't have a user interface or remote of its own, but when used with a compatible smartphone or tablet, it allowed you to stream content easily, thanks to Google's ‘casting' protocol. Streaming devices have, since then, become much more capable, with independent functionality and dedicated remotes in most cases.

That's where the new Chromecast with Google TV comes in. Launched globally in 2020, this standalone streaming device with the new and improved Google TV user interface has come to India only recently, and is priced at Rs. 6,399. With a convenient form factor, a dedicated remote, and Ultra-HD HDR streaming capabilities, is this the best streaming device you can buy right now? Find out in this review.

The Chromecast with Google TV, as its name suggests, runs the newer and more content-centric Google TV user interface

Unlike much larger devices such as the Mi Box 4K or Amazon Fire TV Cube (2nd Gen) which need to be placed on a table top, the Chromecast with Google TV is considerably smaller and lighter, and can safely hang from your TV when connected to an HDMI port.

Although this device is available globally in different colour options, you can only buy it in the ‘Snow' colour in India. The streaming device is available on Flipkart for now, but Google has confirmed that it will also be sold at offline retail stores in the coming weeks.

The Chromecast with Google TV is oval-shaped and flat, with a fixed rubber cable leading to an HDMI plug on one end, and a USB Type-C port for power on the other end. Included in the sales package is a USB Type-A to Type-C cable and wall socket adapter, which is the recommended way to power the Chromecast. Certain TVs might be able to supply power through a USB port with just the cable, but this is typically a less reliable way to do it.

The device supports streaming at up to Ultra-HD (3840x2160 pixels) at 60fps, with support for high dynamic range content in the Dolby Vision, HDR10+, and HDR10 formats. There is also Dolby Atmos support when used with compatible televisions or speaker systems. Dual-band Wi-Fi and Bluetooth are supported for external connectivity.

What truly stands out about the Chromecast with Google TV is its remote. This is a small, conveniently-shaped unit powered by two AAA batteries (included in the sales package). It has just a few buttons, including a direction pad, back, and home keys for navigation, hotkeys for YouTube and Netflix, a button to invoke Google Assistant, and volume buttons on the right.

The curved shape of the remote makes it easy to hold, and the side-mounted volume keys are convenient to reach without needing to adjust your grip. There is an IR emitter to control connected devices such as TVs and soundbars, and Bluetooth to control the Chromecast itself and transmit voice commands to Google Assistant.

HDMI-CEC support on the device meant that I was able to control basic functionality such as power and volume adjustments on the television as well as the soundbar that I had connected, using just the Chromecast's remote. This didn't need any additional setup, and worked flawlessly during my review. Apart from Google Assistant, the Chromecast also features the classic casting capabilities of its predecessor devices.

The Chromecast with Google TV runs on Android TV 10, with the Google TV user interface on top. This new and improved user interface was introduced in 2020 with the Chromecast, but has since also been made available to other Android TV devices, including Sony televisions and the Realme 4K Smart Google TV Stick. The biggest advantage of Android TV compared to other smart TV and streaming device platforms is the number of available apps; the Google Play store has over 5,000 apps, purpose-built for television screens.

The Google TV user interface is different from the original stock Android TV UI in that it puts a greater focus on content recommendations, and also replaces the erstwhile Google Play Movies and TV app with purchases and rentals directly in the UI. Apps and games are the same on Google TV as on the older UI, since these rely on the base Android TV software.

Content curation and recommendations on Google TV are interesting, with large banners featuring movies and TV shows that the algorithm thinks you will like. These are sorted into various rows based on genres, themes, and content such as titles similar to what you've already watched. Some of these rows are quite unique and creative; I had recommendations for ‘Shows set in Los Angeles', ‘Movies nominated for Best Film Editing Oscar', and ‘Monsoon Hits', among others.

The Chromecast with Google TV supports Ultra-HD and HDR streaming

Of the services I'm subscribed to, Google TV was able to integrate with Netflix, Amazon Prime Video, Apple TV and Apple TV+, and Disney+ Hotstar to suggest content. This made for a great mix of recommendations, and usefully, the interface showed Rotten Tomatoes ratings for almost all recommendations. Rather sensibly, the UI prioritises the easiest and most affordable way to watch each title. It directed me to services I'm subscribed to already wherever possible, to watch specific movies or shows for free.

Actual performance on the Chromecast with Google TV was largely problem-free for me. Connectivity was stable with a 5GHz home Wi-Fi connection, and all apps and content loaded quickly and without any issues. Streaming was similarly hassle-free, with my capable Internet connection ensuring that content would immediately stream in Ultra-HD and HDR when available, or bump to the higher resolution and format within seconds.

Ordinarily, the Chromecast with Google TV streams in the best available resolution and dynamic range, reliably setting up the picture for the native settings of specific content. However, the device has an interesting toggle in the settings menu to force Ultra-HD and Dolby Vision for all content. This made the user interface look a fair bit better and sharper, and seemed to improve the colours even in Full-HD standard dynamic range content by forcing my Dolby Vision compatible television to use those specific picture settings.

Streaming devices usually exist to satisfy very specific requirements for the user; you either don't have smart connectivity on your existing television and aren't ready to replace it yet, or you don't like how your TV's integrated smart connectivity works. The Chromecast with Google TV works reasonably well in either case, and you should not have any trouble with its excellent software and user experience. The fact that it needed minimal setup and tweaking, and pretty much just worked well from the get-go, made me like the Chromecast even more.

It's a bit expensive, but it does exactly what it's supposed to and can work with most mainstream audio and video formats right now. It might be worth considering the Amazon Fire TV Stick 4K Max if you're more in tune with Alexa, but the Chromecast with Google TV is geared for Google Assistant, and works just as well for its core functionality.