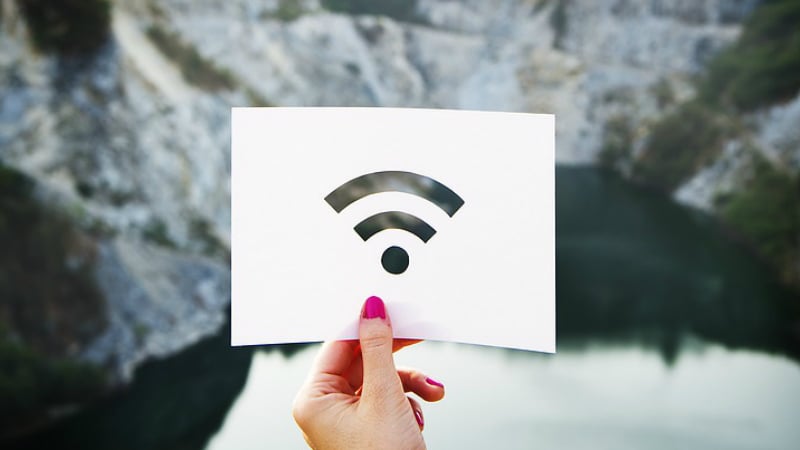 Not content with disrupting the telco space, Reliance Jio has its eyes on the home broadband market as well. Reliance Jio customer care had confirmed on Twitter that it is conducting trials for the JioFiber home broadband service in six cities at present. With the company’s sights set on dominating the market across the country, it will come as no surprise to anyone that Reliance Jio is expanding its JioFiber home broadband trials to more cities. The plan to expand the broadband testing to more cities “over the next few months” had been mentioned in a Q1 earnings call, but there was no mention of when this would happen.

Not to be outdone, Flipkart Big 10 Sale will take place from May 14 to May 18. In the run up to this, it has announced lucrative smartphone deals, offers, price cuts, and exchange discounts. The e-commerce site has also confirmed that the BuyBack Guarantee programme first introduced in March for the Moto G5 Plus will be extended to “bestselling smartphones from leading brands.”As a part of Flipkart Big 10 Sale, Samsung will be offering its Galaxy On5 and Galaxy On7 smartphones at Rs. 6,490 (flat discount of Rs. 2,500) and Rs. 7,990 (flat discount of Rs. 1,000) respectively.

Nokia Phones’ India launch likely in first week of June
HMD Global is gearing up to launch Nokia phones in India, and sources tell Gadgets 360 that a Nokia launch event in New Delhi will be held in the first week of June. It is still undecided on whether all four phones – the Nokia 6, Nokia 5, Nokia 3, and the new Nokia 3310 feature phone – will be launched at the same event, or at separate events. This decision is expected to be taken by May-end. If the company decides to hold separate events, it may launch two of the Nokia phones in the first week of June, while the remaining two will be launched at a later date.

Refurbished Samsung Galaxy Note 7 reportedly starts selling in China
A Chinese e-commerce website has reportedly listed the Samsung Galaxy Note 7R, the refurbished version of the ill-fated Galaxy Note 7, on sale at a price range of CNY 3,599-3,999 (roughly Rs. 33,540 - Rs. 37,300). An earlier leak had said the refurbished model would cost half the price, and come in two variants - one with 3200mAh battery, and the other with 3500mAh battery. However, the latter is said to be still under modification.

Income Tax Department launches new e-facility to link Aadhaar with PAN
The Income Tax department has launched a new e-facility to link a person's Aadhaar with the Permanent Account Number (PAN). The department's e-filing website has created a new link on its homepage making it "easy" to link the two unique identities of an individual. While this move could make filing tax returns easier, we wonder if there is any security safeguards considering how frequent data leaks related to Aadhaar appear to be at this time.

NASA telescopes detect signs of water on distant 'Warm Neptune'
Scientists using NASA telescopes have detected "a strong water signature" in the atmosphere of a distant Neptune-sized planet, that could help understand more about the birth and development of planetary systems. The study, combining observations from NASA's Hubble and Spitzer space telescopes, shows that the distant planet HAT-P-26b has a primitive atmosphere composed almost entirely of hydrogen and helium. Located about 437 light-years away, HAT-P-26b orbits a star roughly twice as old as our Sun. The analysis is one of the most detailed studies to date of a "warm Neptune," or a planet that is Neptune-sized and close to its star.

Windows 10 Fall Creators update to bring Timeline features, Cloud-aware Clipboard, and more
Windows 10 Fall Creators Update will bring a new Timeline feature that will offer a historical view of everything that you do on your devices. Microsoft says "Timeline allows users to jump back in time with a visual timeline that displays what a user was doing previously and easily hop back into files, apps, and websites as if it was real time."

This isn’t all, with the Windows 10 Fall Creators Update, the Clipboard too will become Cloud-aware, making it possible for you to, say, copy text on a Windows 10 device, and paste it on a Android smartphone. Also, Microsoft is bringing Apple Continuity-like features to Windows 10 by letting you start tasks on one device, and continue them on another. This will be achieved by leveraging Cortana, its virtual assistant that's built into Windows 10, and available as a third-party app on Apple's iOS and Google's Android. The company has also announced a couple of new features for OneDrive mobile apps, by adding support for Offline Folders, and introducing an iMessage app that will let you easily share documents saved on OneDrive with your contacts. Also, OneDrive for Windows 10 will download files on demand, freeing up space on your PC.

Windows Store to get iTunes,Fedora, SUSE Linux, and Ubuntu
Another big announcement includes the addition of iTunes to the Windows Store. Furthermore, popular Linux distributions like Ubuntu, SUSE Linux, and Fedora are coming to the Store as well, and will be available to install and run in a virtualised environment complete with command line options. There is no tangible timeline as to when some of these apps will arrive in the Windows Store, or how they will look like when they go live. The introduction of iTunes in Windows Store means that it should run on Windows 10 S as well, as will the other Linux distributions. There were no screenshots shared on how iTunes will be designed for Windows, but it will provide all the functionalities that the current Windows app provides. This includes access to Apple Music and iTunes Store.

Finally, the Redmond-based company has finally started taking pre-orders for the mixed reality development kits from HP and Acer. Microsoft also announced its own motion controllers for Windows 10 VR at its Build conference.

Panasonic Eluga Ray, Intex Aqua Crystal Plus launched in India
Panasonic has launched the Eluga Ray in India, and will be on sale on May 15 as part of the Flipkart Big 10 Sale. Priced at Rs. 8,999, the Panasonic Eluga Ray is an Android 6.0 Marshmallow smartphone with 5-inch HD screen, 1.3GHz quad-core processor, 3GB RAM, 13-megapixel rear camera, 5-megapixel front camera, and 4000mAh battery.

Amazon Prime video app for Apple TV, 3D front camera for iPhone 8
Apple plans to announce Amazon Prime video app to its Apple TV App Store during its annual Worldwide Developers Conference (WWDC) on June 5 in San Jose, California, as per a media report. "The app is expected to go live this summer, but the hard launch date might change. Amazon had previously declined to even submit a Prime Video app for inclusion in Apple's Apple TV App Store, despite Apple's 'all are welcome' proclamations," BuzzFeed reported on Friday.

In other Apple news, Apple is said to be busy solving several reported yield issues it is facing with iPhone 8, including new hardware components, Touch ID improvements, OLED panel yield, and much more. Amidst all the drama, fresh reports bring news that isn’t so bad to the ears. One report claims that Apple is set to include a front camera with facial recognition, despite recent reports of technical issues in 3D camera production. The other report claims that TSMC has already begun mass producing the Apple A11 SoC on the 10nm process, the SoC set to be integrated in the new iPhone models this year.