BSNL captured 3.42 percent of the broadband market share (wired + wireless) as of October 2020. 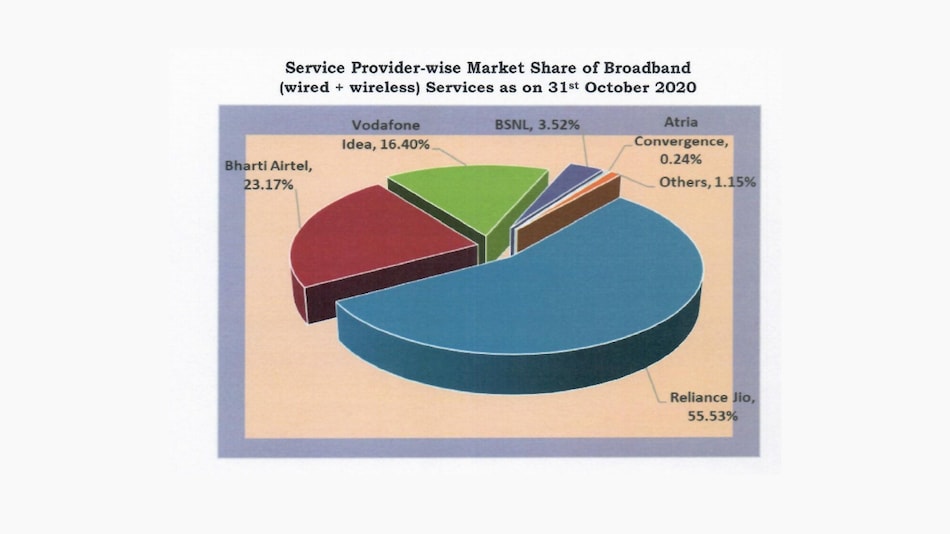 BSNL gained subscribers in the wireless segment with 18.12 million users at the end of October

Bharat Sanchar Nigam Limited (BSNL) lost around 50,000 wired broadband subscribers in the month of October, Telecom Regulatory Authority of India's (TRAI) latest report suggests. Airtel and Jio gained subscribers, as Airtel Xstream Fiber's user base increased from 2.6 million in September to 2.67 million in October. BSNL, on the other hand, saw a dip in broadband subscriber base from 7.8 million at the end of September to 7.75 million at the end of October. BSNL still continued to rule the wired broadband segment, whereas Reliance Jio topped the wireless broadband segment with 406.36 million subscribers.