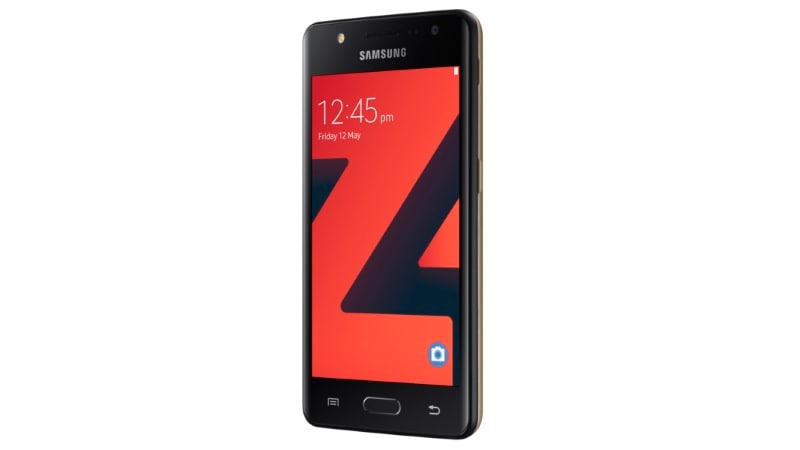 Samsung on Friday launched its newest Tizen-powered smartphone - the Samsung Z4 - and it runs on Tizen 3.0 OS. The smartphone will be launched in select markets across the world, starting with India in May. The Samsung Z4 will be made available in Black, Gold, and Silver colour variants depending on the market. For now, the company has not detailed the Samsung Z4 price or its exact launch date.

The most interesting aspect about the new phone from Samsung is its camera department. The Samsung Z4 comes with a 5-megapixel rear camera with dual-LED flash support and at front it features a 5-megapixel sensor with f/2.2 aperture and LED flash support. The company claims that both front and rear cameras on Samsung Z4 are "optimised for social media" and offer features focused on convenience and creativity. The rear flash module also appears to be shaped similar to the Smart Glow notification system unveiled with the Samsung Galaxy J2 (2016).

The Samsung Z4 will be made available in both single and dual-SIM variants depending on the market. It sports a 4.5-inch WVGA (480x800 pixels) display with 2.5D curved glass on top, which the company says is a first for its Z-Series Tizen smartphones. It is powered by a 1.5GHz quad-core processor coupled with 1GB of RAM.

"We're dedicated to providing our customers with devices that offer smarter mobile interactions," DJ Koh, president of mobile communications business at Samsung Electronics, was quoted as saying in the company's release. "The Samsung Z4 brings a simplified mobile experience to first time smartphone users and represents our ongoing commitment to expanding the Tizen ecosystem," Koh said.