An app that adjusts the music according to your heartbeat 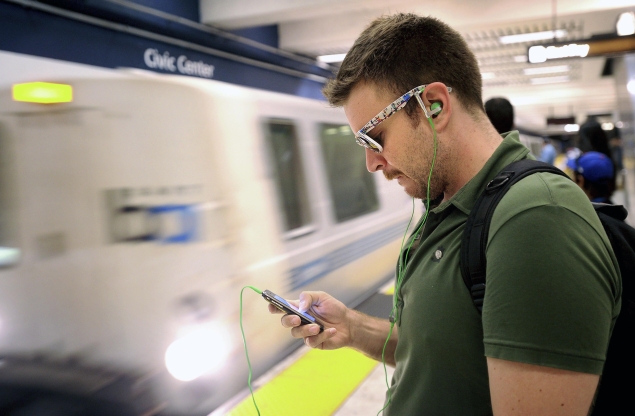 Do you desperately flick through your phone's playlist, looking for a song that'll get your heart pumping while exercising? A new app has come to your rescue!

Researchers have developed a new music app involving a system that automates the union of music and exercise with a set of earphones.

The system listen to your heart rate and selects tunes that push your pulse into the optimum range for the kind of workout you want, the 'New Scientist' reported.

Researchers led by Shahriar Nirjon at the University of Virginia in Charlottesville embedded a microphone into a set of headphones that listens to the throb of arteries in your ear.

That data, as well as activity levels gathered using an accelerometer, is sent over the internet to a recommendation engine which chooses the next song based on the user's current and desired heart rate.

It's not just for pumping people up, though the system can also be programmed to play music that calms a person by bringing their heart rate down, the report said.

The system learns what types of music work for influencing a user's heart rate, based on the changes it sees after it recommends songs.

Environmental factors are also taken into account in the learning algorithm, meaning that songs that calm a person down when they are sitting still might be different to what works when they've just finished a run.

The work will be presented next month at the SenSys conference in Toronto, Canada.

Price the big question ahead of Apple's iPad mini launch
In a connected world, gadgets adds complexity to company layoffs