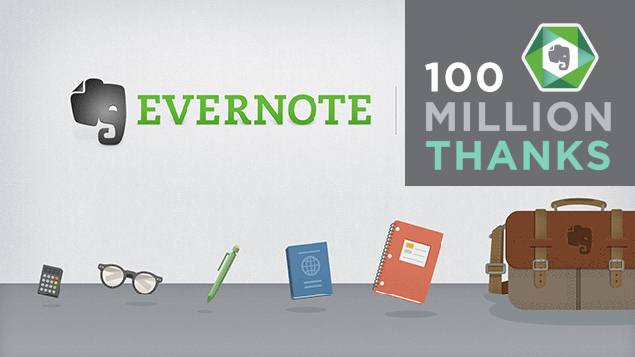 The note-taking software company Evernote on Tuesday has announced that it has crossed the 100 million users mark across its various apps (Skitch, Penultimate, and others) in a little over six years since its launch.

The company says the Evernote app holds the majority of users (127 million), followed by the sketching and annotation app Skitch (16 million), handwriting app Penultimate (10 million), and finally, its other apps (13 million). Evidently, this works out to more than 100 million users, but the company has calculated a 65 million user overlap between its apps, totalling to 101 million unique users. Notably, Skitch and Penultimate were acquired by the company in 2011 and 2012.

"One of the most interesting things about this initial stage of Evernote's growth, is that our 100 million users overwhelmingly found our products by themselves, without much external encouragement. We've spent very little money on promoting our products, in fact our total spend on advertising to date comes out to less than 1 cent per user," added Libin.