The finance ministry issued a circular earlier this month to announce that the new rule regarding GST will come into effect starting January 1. 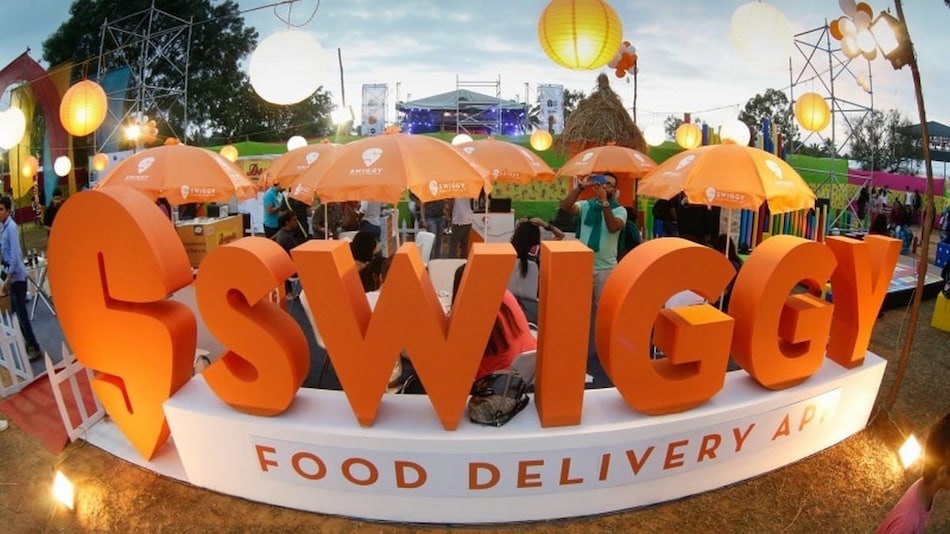 Platforms including Swiggy may face compliance load due to the move

Food ordering from platforms including Swiggy and Zomato may become costlier soon as they will be required to collect and pay tax on behalf of all restaurants starting January 1, 2022. The new move comes as a result of the update issued by the finance ministry under which food aggregators are directed to pay five percent of Goods and Services Tax (GST) for cooked food orders through their platforms. Experts believe that the update will impact both end consumers and small restaurants. At the same time, platforms including Swiggy and Zomato are also expected to have additional compliance load due to the change in the tax regime.

The GST Council in its 45th meeting in September recommended compliance for food delivering platforms including Swiggy and Zomato to pay GST on behalf of restaurants they have on board. Earlier this month, the finance ministry issued a circular to announce that the new rule will come into effect starting January 1.

“As ‘restaurant service' has been notified under section 9(5) of the CGST Act, 2017, the e-commerce operator (ECO) shall be liable to pay GST on restaurant services provided, with effect from the 1st January, 2022, through ECO,” the circular said.

The update will make food aggregators liable for collecting and depositing GST from all restaurants they have on their platforms. This means that for each order a platform gets from a restaurant, they need to keep a separate GST entry for them. It will require additional resources from platforms to comply with the regime.

Notably, the five percent GST requirement will be in addition to the existing 18 percent GST that platforms need to pay for offering delivery services through their platforms. The tax will essentially be applied to the price of the food item that platforms are delivering to customers.

“While consumers are likely to see an increase in their e-com food bills from 1st January, it is expected that there would be a significant increase in the compliance load for e-commerce food operators,” said MS Mani, Partner, Deloitte India.

The change will also force small restaurant owners and food shops to pay five percent GST for all the orders they get via online platforms. This is expected to impact their income and eventually push them to charge more for the orders they process through apps including Swiggy and Zomato.

“The GST amendments are likely to impact end-consumers as cost of ordering from smaller restaurants who were hitherto outside the GST ambit will go up if ordered through food aggregators,” said Rajat Bose, Partner of law firm Shardul Amarchand Mangaldas & Co.

Tax experts told Gadgets 360 that small restaurant owners who come under the GST threshold of generating an annual revenue of less than Rs. 40,00,000 are not required to pay GST in a normal scenario.

Some stakeholders see the update in the GST for food delivery positive and a good move for the competition. Government officials also claimed that the change will essentially help curb tax evasion to some extent as by making online platforms liable for GST deposits, the central revenue department will be able to generate the taxes that restaurants would have avoided otherwise.

“The government has just changed the onus to Zomato and Swiggy, or any other online portal,” said Kabir Suri, President of the National National Restaurant Association of India (NRAI). “The cost of the customer remains the same.”

Small-scale restaurant owners, however, see the update as an entry-barrier for new players.

“The move will hit small players in the market and impact the customer base of the restaurants that are not yet under the GST regime due to low sales,” said Sarabjeet Singh, owner of pizza corner Sizzlin Slices.

Singh noted that while his restaurant is already paying the five percent GST, the update will make things cumbersome for his team as well as they will be required to look at how much the taxes are being directly paid through the platforms and what part they need to pay separately.

The COVID-19 pandemic increased online orders in the country as people were fearful of going out and eating in person. Many small restaurants also started due to high demand. However, the move by the government may push street shops and local food corners to look for alternatives.

“We are already facing difficulties in generating our livelihood as the restrictions ease and people have started moving to large food outlets,” said Gautam Kumar, a street sandwich shop owner in New Delhi, who started selling over Swiggy during the lockdown.

“Generating income after giving commissions to platforms is difficult for people like us. In such a scenario, how we would be able to manage the additional five percent cut seems like a mystery,” he said.

Swiggy and Zomato declined to comment on the article.

Alongside food delivery aggregators, the finance ministry is also making a five percent GST obligatory for ride-sharing platforms transporting passengers by any type of motor vehicles starting January 1. Platforms are already liable to pay GST in case of cab rides, but there are no such obligations for bike and auto bookings.

“While we appreciate the need for the government to collect revenues, we urge the government to reconsider this tax, which will end up hurting the earnings of auto drivers as well as the government's digitisation agenda,” Uber India said in a statement emailed to Gadgets 360.

“Lakhs of auto drivers across India rely on Uber and other apps to earn a living. Riders, especially women and the elderly, like booking an auto via an app because of the safety and convenience that comes with it. But they also value affordability. This tax will lead to a rise in platform fares and a corresponding drop in demand. Riders and drivers will both lose out in this scenario,” the company said.

It also asked whether this tax will result in actual revenue gains for the government.

“As demand shifts to street hail, the revenue from GST applied selectively to online bookings is likely to be marginal, at best,” Uber India said, adding that the tax creates an uneven playing field.

Uber earlier this month moved to the Delhi High Court for challenging the GST regime on auto-rickshaw services booked through its platform. Similarly, bike taxi platform Rapido also recently knocked the door of the Telangana High Court to challenge the norm for bike rides.

Bose stated that while the issue of cab aggregators having to charge GST on supply of auto rickshaw services is already sub judice before two high courts, there is no stay as of now.

“It will be interesting to see whether food aggregators also approach the high court on similar grounds,” he noted.