Google Sheets Has an Easter Egg That Celebrates LGBTQ Community: Type Pride and See What Happens

The cool Easter egg on Google Sheets for Pride Month brought some unexpected joy to many. 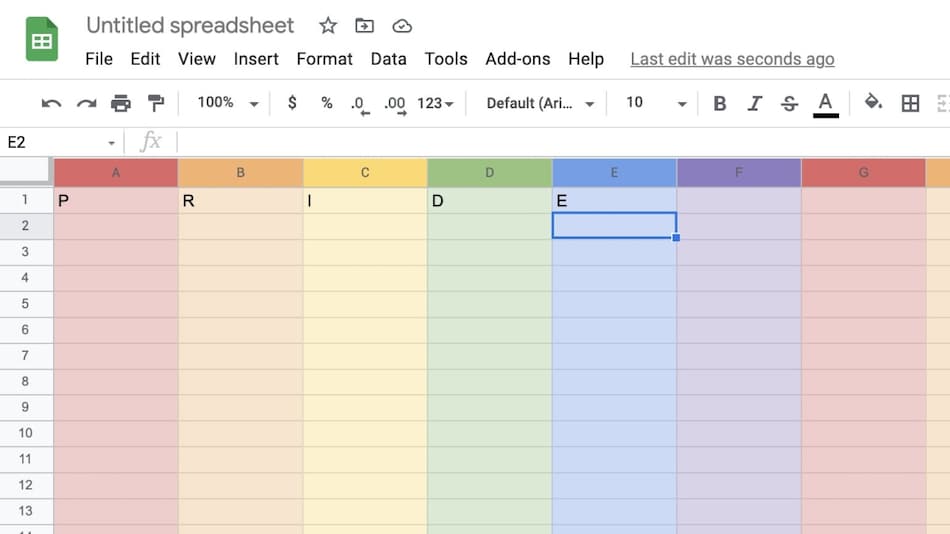 Pride Month, which is June, celebrates the LGBTQ community and raises awareness about their struggles

Since time immemorial, the LGBTQ community has faced discrimination and its members have been treated as outcasts. And while the fight against these prejudices is on, the community as well as its allies have taken out Pride marches and hosted events to rightfully claim their space in the society. One such annual event that celebrates the LGBTQ community and highlights their struggle is the ‘Gay Pride Month' of June. This is the month that typically witnesses heightened efforts towards raising awareness about the community as well as increased participation of several groups, including corporates and certain governments, in the advocacy of LGBTQ rights. And Google, too, is making its contribution known with an Easter egg.

If you typed ‘PRIDE' across the Google Sheet columns, you would find a pleasant surprise. Try it and see the sheet turn into rainbow colours that signify LGBTQ pride.

Paul Stamitaou, who works as a designer at Twitter, on Wednesday tweeted this information with a screenshot demonstrating the same.

“Just learned that if you type PRIDE across Google Sheet columns it does this,” he wrote. The tweet soon gained traction and at the time of writing, it had already been liked by nearly 3,000 people and retweeted by over 500 accounts. Many reacted after trying the same on their system. Interestingly, it was not limited to just English. A user showed that the code worked in Portuguese as well.

Works with other languages too. Portuguese (“orgulho”), e. g.: pic.twitter.com/y1tgdumoZZ

"Had to test this out, and it's true!! Amazing!" wrote @AmandaK_Data.

There was one user who demonstrated it by live-recording his screen.

Here are some more reactions:

Curious; it works with formulae as well:

I added the actual characters in various rows and columns that aren't the homerow, and using `=[cell]` to map the characters back results in the same effect. Neato! pic.twitter.com/Tj6QNsJUvZ

The cool Easter egg from Google for the LGBTQ community did bring joy to many as was visible in the responses to Stamitaou's tweet, but do you know how the rainbow flag became a symbol of LGBTQ pride? In honour of victims of the Stonewall riots of June 1969 in New York, the month came to be recognised as the LGBTQ Pride Month. But it wasn't before 1978 that the first rainbow flag was designed by artist Gilbert Baker, who was openly gay and a drag queen.

Later, Baker said that Harvey Milk, one of the first openly gay elected officials in the US, had implored him to create a flag for the community. The artist saw the rainbow as a natural flag from the sky and adopted eight colours for the stripes. Each colour on the flag has a specific meaning — hot pink for sex, red for life, orange for healing, yellow for sunlight, green for nature, turquoise for art, indigo for harmony, and violet for spirit.