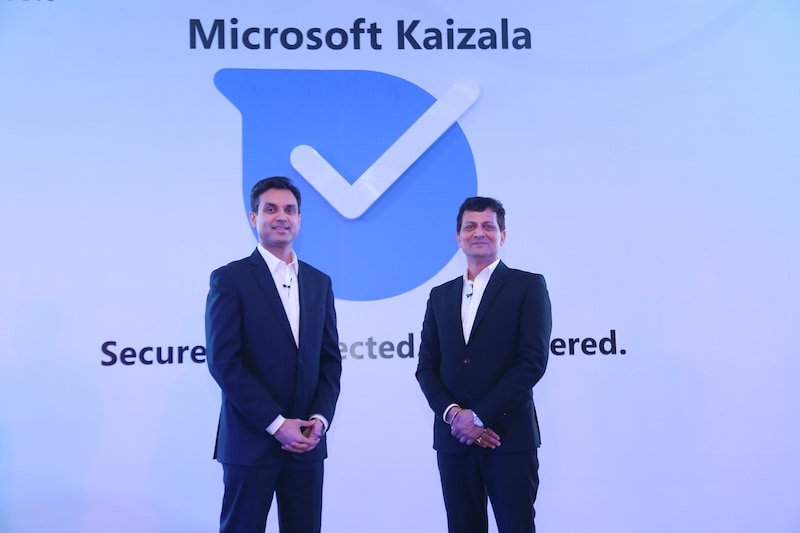 As Facebook chases business and enterprise customers for its popular instant messaging and voice calling app WhatsApp, Microsoft may have just beaten the social juggernaut to the punch. On Wednesday at an event in New Delhi, the Skype-owner launched Kaizala, a messaging app designed to 'get work done' that has already garnered interest from several state governments and businesses in India.

A messaging app in 2017 ought to do more than just enable a few friends talk to each other. This is essentially the pitch of Kaizala, a made-for-India, mobile-only app available on Android and iOS.

One of the major limitations of WhatsApp has been its inability to handle large groups of people. First, there is a cap on how many people you could add to a group (256, to be precise). Then there is the major challenge of making any sense of the conversation that ensues between those tens of dozens of people.

In effect, Microsoft is tackling those two challenges. You can add as many people in the group as you want. If that wasn't enough, you can then add those groups to other groups, the company says. Second, the app offers the ability to create polls, documents, and surveys that could be created from within Kaizala app and then shared to the group to get response from the masses.

If these features don't strike a ring, it's because they are not really meant to make conversations between two friends any more convenient. And that remains one of the most interesting pitches of Kaizala, which had its origin as a Microsoft Garage project. The company wants to serve to customers who have to talk to dozens, hundreds, thousands, and lakhs of people at once.

Microsoft has been testing Kaizala with governments and businesses for months in India. During this period, the company says, more than 30 government departments signed up to the platform. More than 70,000 people from the state government are already using Kaizala for day-to-day work.

Earlier this year, during the state election in Uttar Pradesh, the Election Commission used Kaizala when it wanted to efficiently survey people in the state. Andhra Pradesh's state government is also one of the major users of the service. The chief minister N Chandrababu Naidu often sends message to the hundreds of thousands of citizens in the state through the app and listen to the feedback.

But Kaizala's appeal isn't limited to government offices. Several major businesses have already signed up for the service. One example is Republic TV, a newly launched media outlet. The company is just getting started. It is now exploring more applications for Kaizala, one of which is using location data of people to offer them texts from nearby groups.

Imagine walking to a mall and automatically getting all the interesting discounted-sales pitches from different shops in that mall in Kaizala app. That's one area Microsoft is exploring, Rajiv Kumar, Corporate Vice President, Office Product Group told this correspondent earlier this year.

There is a pro version of Kaizala too, which gives an organisation advanced admin and user group rights. The pro version is priced at Rs. 130 per user every month. Both of the versions integrate with Office 365 subscription, offer offline support and work swiftly on slow Internet network, the company said.

The public launch of Kaizala comes at a time when Facebook is increasingly looking at businesses and enterprises and wondering how it could make WhatsApp relevant to them and also find a revenue source. Last year, WhatsApp said it will open its platform so that businesses could hook into its service. Months later, the company is still working on the project. And now it already has a major competitor.