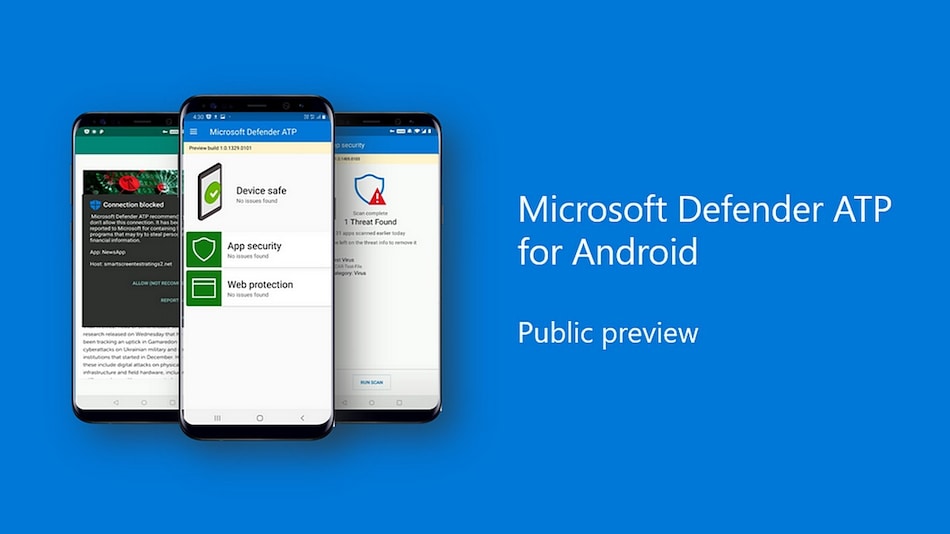 Microsoft Defender ATP app is only available on Android for now

Microsoft's Defender ATP antivirus app for Android is now in public preview. The company made the announcement on its community forum where it mentioned that the threats in the mobile space are unique, and the need for protecting mobile devices is increasingly imperative. The Microsoft Defender ATP app for Android is only available to Microsoft Defender Advanced Threat Protection customers and not the general public, which is why it is not listed on the Google Play store. Further, the company also announced that it is working on an iOS version as well.

The Microsoft Defender ATP app for Android, as detailed on the company's forum, offers protection against “phishing and unsafe network connections from apps, websites, and malicious apps.” Phishing attacks are when hackers try trick the target into giving their credentials like bank details, passwords, card details, etc. They disguise the emails or messages as if from a trustworthy entity. The Microsoft Defender ATP app is said to be able to block such links.

Further, the Android app provides web protection, including blocking unsafe connections and blocks unsafe URLs with the help of custom indicators, giving it more fine-grained control over allowing and blocking certain links. It comes with malware scanning that includes signature-based malware detection. “Scans are instantly performed detect malware and potentially unwanted applications (PUA). If a safe app is downloaded, the end user will see a lightweight notification letting them know the app is clean”, the forum states.