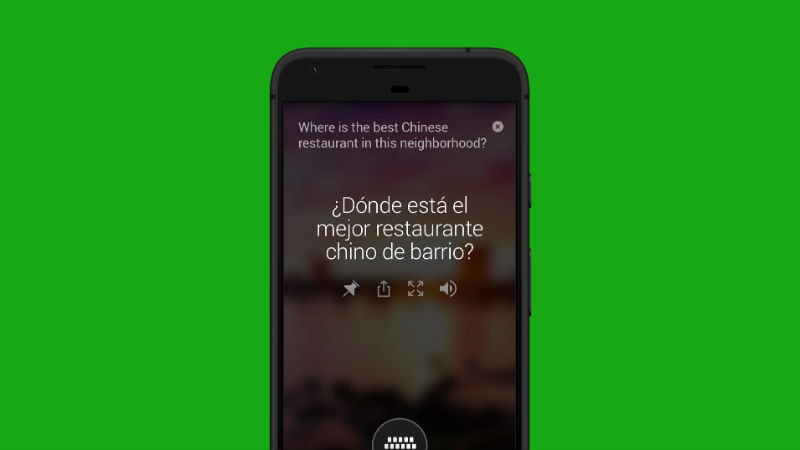 Microsoft Translator has been upgraded to offer artificial intelligence (AI) powered offline language packs across all Android, iOS, and Amazon Fire devices. The AI-powered offline language packs were previously limited to devices with a dedicated AI chip. However, Microsoft engineers have now leveraged edge computing to bring AI-backed neural machine translation (NMT) to the masses. The Translator team is also in plans to bring the new experience to Windows devices in the coming future.

The Redmond company in 2016 built its NMT model for online use only as it required high-quality translation models. But in 2017, the experience debuted on select Android devices that are equipped with a dedicated AI chip. It brought offline translation quality in line with the quality offered by the original online neural translation model. And now, the Translator team has optimised the initial offline-specific algorithms to bring language packs irrespective of any particular hardware.

In comparison with previous non-neural offline language packs, Microsoft claims that its NMT packs are up to 23 percent better and about 50 percent smaller. The packs are available in "most popular languages", including Arabic, Chinese, Danish, Dutch, English, French, German, Hindi, Italian, Japanese, Korean, and Polish among others. Furthermore, the company says it is adding new NMT languages on a regular basis.

For devices connected to the Internet, the Translator app uses customised translation models to match the app with Microsoft's terminology. This enhances the translation experience.

Apart from the expansion of offline language packs on the Translator app, Microsoft has offered a preview of its local feature to let developers add text translation to any Android app. This new support for developers is expected to graduate from preview to general availability within 90 days.

Meanwhile, you can experience how's the NMT language packs work by downloading the Microsoft Translator app on your Android, iOS, or Amazon Fire device.