With the new update, anyone can join Reddit Talk as listeners and raise their hands to speak through the website. 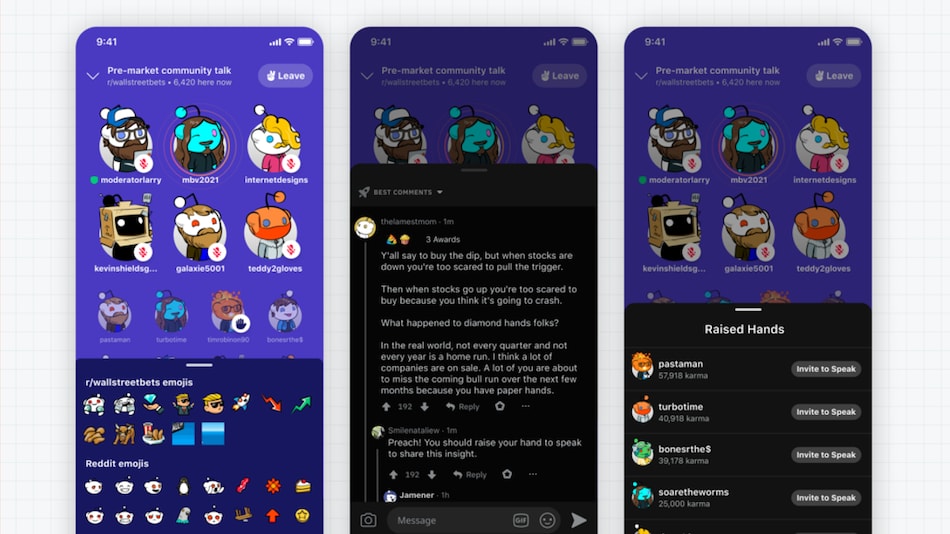 Reddit Talk was initially available for Android and iOS users

Reddit is bringing new features to its audio chatting product Reddit Talk to rival the likes of Clubhouse and Twitter Spaces. The company on Wednesday announced that it is now adding the ability to record and replay Reddit Talks on the platform. On top of that, it is allowing anyone to participate or listen to live audio conversations through the Web. Previously, this was limited to Android and iOS users. Reddit Talk users will be able to use text and emojis during a live audio chat as well. Additionally, there is a new experimental live bar option on the top of the feed that shows when live Reddit Talks are happening.

Reddit on Wednesday announced the addition of new features to Reddit Talk via a blog post. As mentioned, with the new update, listeners and hosts can reach out to a wider audience with recordings of past sessions. The recorded sessions have a playback bar that allows Reddit users to skip, pause or unpause, and fast-forward or rewind the recording.

With the latest update, users can also access the Reddit Talk features via a Web browser. People can join the Talk sessions as listeners and raise their hands to speak through Reddit's website. The social media platform said it is planning to add the ability to start a talk on Reddit for desktop later this month.

In a view to allowing users to express their reactions during Reddit Talks, the company has added support for comments and emojis. With this functionality, Redditors can engage in conversations even without speaking. Lastly, Reddit is testing a new live bar on the top of the feed that shows when live Reddit Talks are taking place.

To recall, Reddit introduced Reddit Talk as its own live audio platform in April last year. Since then, the social media company has been actively adding many new features to it to compete directly with Clubhouse and Twitter Spaces. The new Reddit Talk update come much after its rivals launched similar features back in 2021.