Samsung Unveils 'Look at Me' App to Help Children With Autism 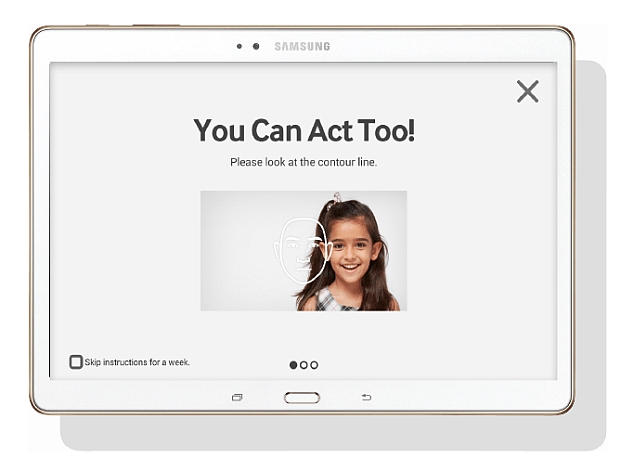 Samsung on Monday announced a new app called Look at Me, which is aimed at helping autistic children make eye contact, read facial expressions, and better express their emotions. The app, which is currently under clinical testing, and curricula were designed with the help of a team of clinical psychologists, cognitive psychologists, and psychiatrists.

The Korean consumer electronics giant has collaborated with Autism Speaks Canada, an organisation dealing with autistic children, for the training programme, and has stated that it will give away 200 Galaxy Tab S devices preloaded with Look at Me app to 200 parents who have autistic children. The programme is however limited to Canada for now. Interested users can apply on the dedicated Samsung website.

The Look at Me app was first launched in Korea. The smartphone maker is yet to give details on when the app will be available for Android devices on Google Play.

The firm will also encourage the parents to share their experiences after using the app for first eight weeks. The families can share the progress and experiences on the dedicated community forum. The app also gives feedback to parents on daily performance progress via a parental dashboard.

Samsung says the app keeps children motivated and focused by "using the camera function of digital devices that often appeal to children's interests." The app, which works with the Galaxy Tab S' camera app, features themed missions, audio and visual effects to keep the autistic children engaged with the app. The missions in the app require the participation of both the child and the parent. The website recommends parents to use the app for 15-20 minutes per day.