Content creators on the MX TakaTak app will be able to use Snapchat's AR camera experiences starting this month. 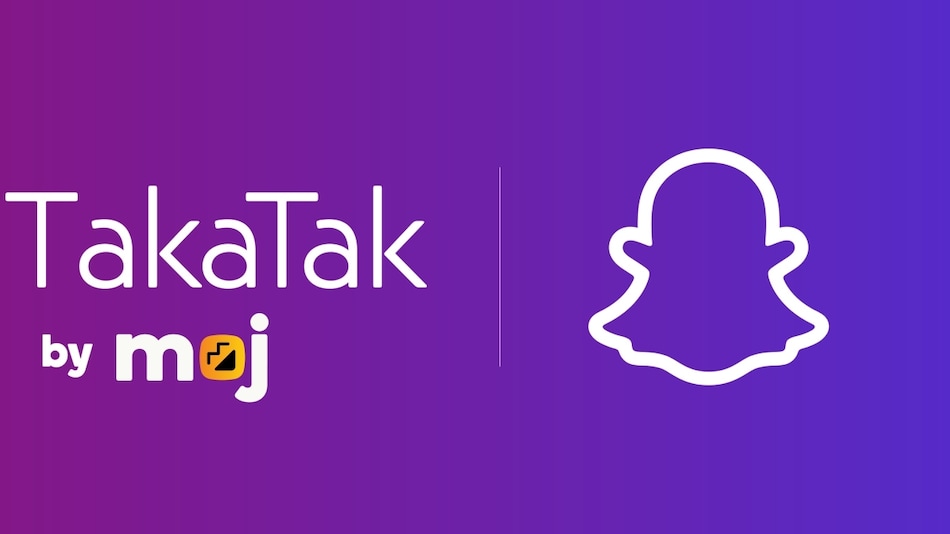 Snapchat parent Snap has expanded its partnership with ShareChat's Moj to integrate its AR Camera Kit within short-video app MX TakaTak. As a result of the new move, the MX TakaTak app will now offer the ability to access new camera experiences powered by Snapchat's augmented reality (AR) technology. The integration will also help ShareChat to increase user retention and duration spent on its app over time. Short-video apps including MX TakaTak were able to grow in India in the absence of TikTok.

Starting this month, content creators will be able to leverage the partnership on the MX TakaTak app to use the AR lenses similar to how Snapchat offers to its users. This will help enhance their short videos with AR-based effects.

"With the AR capabilities that Snap's Camera Kit will weave into the TakaTak app, content creators will be able to create unique experiences," said Anubhav Nayyar, Director of Platform Partnerships (APAC) at Snap, in a prepared statement to Gadgets 360.

Nayyar added that the partnership would help MX TakaTak engage better with both content creators and users on the platform.

Last year, Snap partnered with ShareChat to integrate its AR experiences within the Moj app.

ShareChat Chief Product Officer Amit Zunjarwad said that the previous integration helped deliver "high adoption" to users. The executive, though, did not provide any specifics on the adoption.

"We are sure this integration on TakaTak will also help creators bring their incredible ideas to life through innovative lenses," said Zunjarwad.

ShareChat in February announced the merger between MX TakaTak and Moj to expand its presence in the world of short-video apps. The company at the time claimed that the combined platform would carry 100 million creators, 300 million monthly active users, and nearly 250 billion monthly video views.

At the time of announcing the merger, ShareChat did touch upon the addition of Snap filters to MX TakaTak. The company had also said that the app would continue to function as a separate platform.

Similar to MX TakaTak, Snap has offered its Camera Kit to bring AR experiences on some Samsung phones. The prime purpose of the US company behind such developments seems to expand its camera experiences beyond the Snapchat app and get more inputs from different platforms to enhance its AR technology over time.

Interestingly, Snap also has Spotlight as a feature on its app to natively deliver short-video content to Snapchat users. The kind of audience on MX TakaTak is, however, different to some extent over the user base of Snapchat.