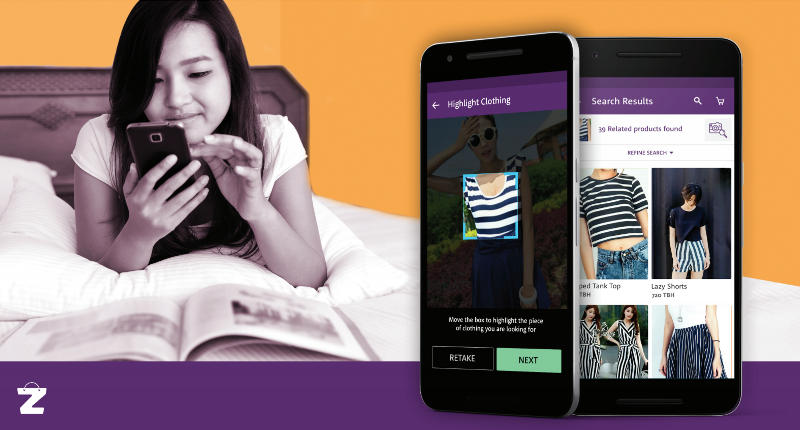 Available on for users and sellers on Android, the integration uses Vue.ai's image recognition features to lets users search for clothing based on colour, patterns, and styles, snapped on a smartphone, or sourced from the photo gallery.

"We'll be the first to bring this to South East Asia. It's pretty exciting because visual search lets everybody click pictures of their friends or magazines, and find similar products," said Ankiti Bose, Co-Founder, Zilingo. "We're doing a bunch of other stuff with Mad Street Den, using their platform for marketing, building recommendations, collections and carousels, without any human intervention," she added.

"It's not like we need an army of merchandisers and marketers - it's all happening using their AI platform. The same technology helps us automatically tag photos on the seller side into certain categories and give it certain attributes - which makes the user experience better," she said.

Since inception, Zilingo said that it has aggregated over 1300 sellers, mainly in Thailand, who manage manage and track orders,fulfillment, and payments on the app. Zilingo manages cross-border logistics, language and currency localisation for the sellers, and charges a 15 percent commission upon sale.

The startup is operationally positive, and plans to expand to either Indonesia or Phillipines by the end of the year, Bose said.

Zilingo had launched its operations in Thailand late October, and raised $1.88 million from Sequoia India, Teru Sato of BeeNext ventures, as well as Kunal Shah and Sandeep Tandon of FreeCharge in November 2015. The startup launched its cross border functionality in January 2016, and now ships to Singapore.

Chennai-based Mad Street Den had launched Vue.ai in, its Visual Recommendation Platform in January 2016. Its clients in the e-commerce space include Craftsvilla, Voonik, YepMe and Kaaryah.