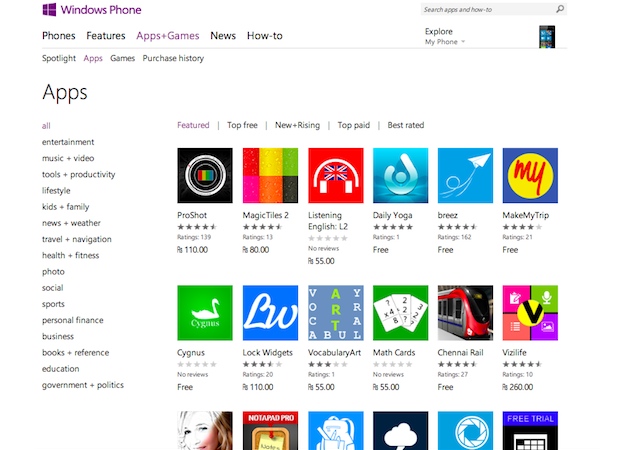 Microsoft has announced that transactions on its Windows Phone platform have surpassed 9 million per day, including both app and in-app purchases.

This means that more Windows Phone users are buying apps or in-app products. Microsoft is also encouraging developers to publish a new app or update their apps to leverage the upcoming holiday season when consumers up their spending.

Microsoft will also start paying developers after 30 days for app transactions through carrier billings. Previously, for apps bought by users through carriers, developers used to receive payments from Microsoft after a minimum period of 120 days. The Redmond giant has said that it will no longer wait to receive app sales proceeds from carriers before paying developers. Microsoft informs that Windows Phone has now tied up with 38 operators in 26 markets for carrier billing. In June, the company had reported tie-ups with 30 carriers in 20 markets.

Microsoft also announced that it is scaling up its advertising inventory and has recently partnered with "several third-party networks to bring additional ads to the Windows Phone platform to help fill the rapidly growing volume of ad requests and deliver additional revenue to the developer community."

Later this month, Microsoft Advertising will start making a unique device ID available to third-party networks on the Windows Phone platform, though it mentions that the ID is not linked to the user or to any personally identifiable information, and just helps to ensure that the ads a user sees are relevant. Users can opt out of targeted advertising on Windows Phone through choice.microsoft.com.

It looks like Microsoft intends to boost the growth of apps in the Windows Phone marketplace through these new steps by attracting developers, as it struggles to compete with Apple and Google to stay relevant in the smartphone segment.
Comments