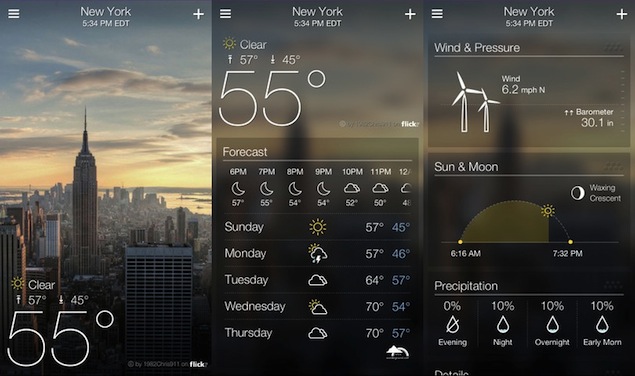 Yahoo is taking the next step in its effort to make some of its most popular services more appealing and accessible to the growing audience connecting to the Internet on smartphones and tablet computers.

Yahoo also has created a new weather app for Apple's iPhone that will provide forecasts on top of slideshows feature pictures of landmarks in the cities chosen by a user.

The free apps are being released Thursday morning.

Like many other Internet companies, Yahoo Inc. is pouring more engineering talent and money into developing mobile applications as people spend more time on consuming content on smartphones and tablets.

Mayer has made mobile services one of her top priorities since defecting from a top job at Google to become Yahoo's CEO nine months ago. She has already overseen a redesign of Yahoo's email app for smartphones, as well as the app for its Flickr photo service on the iPhone and iPad.

Despite the increased traffic, Yahoo is still struggling to sell more of the advertising that brings in most of its money. The company's revenue from display advertising - a key marketing channel - fell 11 percent from the same time last year. Part of the problem stemmed from advertisers' reluctance to pay as much money for pitches delivered on the smaller screens of mobile devices. That factor contributed to a decline in Yahoo's average ad prices. Yahoo is also being hurt as advertisers funnel more of their online budgets toward Google and online social networking leader Facebook Inc.

Yahoo's new weather app for the iPhone features photos imported from Flickr. It will operate separately from the iPhone's built-in weather app, which is already powered by Yahoo, which is based in Sunnyvale, Calif. But that built-in app doesn't display photos nor does it promote Yahoo's brand in the app panel.

The new email app for the iPad and Android could help Yahoo regain some of the market share that it has lost in that segment to Google's Gmail - one of the services that Mayer helped expand during her 13-year stint at Google. 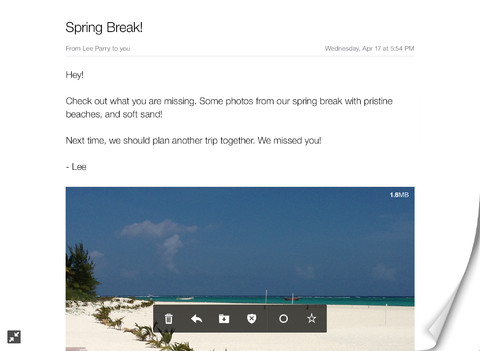