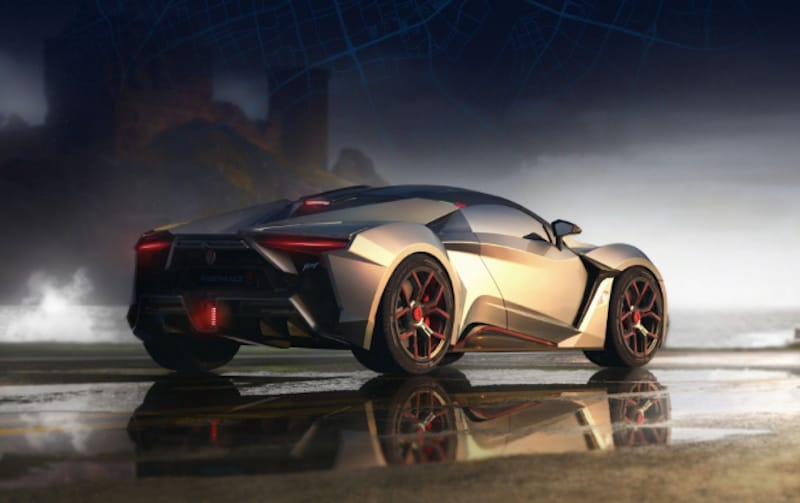 Asphalt 9 Legends for Android and iOS is out now after an extended soft-launch period that began in February. In our first impressions of this racing game we stated that it's a surprisingly polished entry in the long-running series. With the final release of Asphalt 9 having a 1.5GB download size on iOS and Android, we took it for an extended drive to let you know if it's a worthy successor to Asphalt 8: Airborne.

First up, if you were expecting this to be a story heavy affair like recent Need for Speed games, think again. With Asphalt 9: Legends, the focus is squarely on racing. The objective is to win each season of races. Thankfully, you won't just be jostling for pole position in every event. From being tasked with escaping from the cops, to beating the clock for the best timing, or completing stunts galore, there's enough variety to keep you going. Throw in a steady number of unlocks such as acquiring upgrades that let you improve your car's handling and speed, blueprints to get new rides, and new events available at regular intervals, and Asphalt 9 does a fantastic job of making you feel you're making tangible progress with every session of play. It just doesn't get old, even 10 hours in — the time we spend between the soft-launch version and the final release.

This extends to Asphalt 9's visuals. Despite the amount of time we've spent with the game, it still feels fresh. Be it minute details like dust kicked off by your tires on an American Midwest railroad track to highly detailed car models complete with reflections, it looks superlative even on the iPhone 6s. The races in Asphalt 9 take you from the snowy Himalayas to sunny Cairo (complete with the Pyramids in the background) to Shanghai by night and the aforementioned American midwest too. It rotates between these levels with ease and mixes up the length of each race as well as obstacles you have to contend with such as falling rocks in the Himalayas and tornadoes in the US.There's always something new that catches your attention, and when it repeats the same graphical tricks, it doesn't feel like its worn out its welcome.

Also new is its Touch Drive control option that lets you swipe the screen like in Temple Run. Using Touch Drive lets you decide which direction your car should be going, allowing you to avoid obstacles, jump ramps, or ram into your opponents along the way, while turns and acceleration of the car are handled automatically. You control when you want to use nitro to boost your speed or perform drifts and stunts by tapping the screen. Granted it lacks the granular, fine-tuned alternatives like Tilt to Steer that uses your phone's gyroscope to steer or Tap to Steer that has virtual buttons, it's a neat addition that makes Asphalt 9 a lot more accessible for those that don't want to fuss over the many twists and turns of each race track. We found all three control schemes to be equally responsive.

One area where Asphalt 9 differs from past entries is the rate at which you acquire new cars. In our time with the game, we found ourselves upgrading attributes of our existing vehicles and using them more often rather than switching between multiple rides unless the race called for a specific type of car. This is because collecting new cars is less frequent. You don't get them as a reward for finishing an event, instead you get a blueprint — a part for a new car. Earning new cars depends on the number of blueprints you acquire through races and via card packs — the game's take on loot boxes — that are available as in-app purchases. You can also earn card packs by completing a set of events or watching ads.

Although we finished three seasons of races, a healthy number of limited time events as well as 30-odd multiplayer races we only had seven cars. Micro-transactions are a mix of cars, upgrades, and blueprints ranging from Rs. 159 to Rs. 7,900 on iOS and Rs. 30 to Rs. 7,900 on Android. You do earn in-game currency — and there are three of them — you earn tokens and credits for each race that you can use to buy card packs, while a third currency is earned for trading in blueprints you don't need. None of these were particularly substantial or useful in getting new cars. While the relative paucity of new cars wasn't enough to tempt us into spending real money, we hope Gameloft tweaks this part of the game to be more generous in the days to come.

Another area of the game that could do with some attention is its online connectivity. Like most free-to-play games with micro-transactions, you need to be online at all times. This is necessary to prevent any form of cheating or circumvention of its in-app purchases. However the implementation leaves a lot to be desired. For example, if you're switching between apps even for a moment you will be disconnected from the game even if you're just on menu screen, which doesn't happen in other games. This seemed to happen regardless of the connection we were on, be it Wi-Fi, 3G, or 4G. Although it will try to reconnect automatically, it detracts from the experience. Now that Ashphalt 9 is out worldwide, perhaps this is one area where we will see an improvement.

As for battery life and thermals, a 20 minute session of Asphalt 9 set us back by 20 percent on an iPhone 6s with a recently replaced battery and while the phone got hot to touch, it never reached a point where it was unplayable. Suffice to say, your mileage may vary.

Is Asphalt 9 worth playing? Most definitely. While we aren't the biggest fans of how its car collection works at the moment and its fickle always-online nature is annoying, but they matter little when the rest of the game is as good as this. Asphalt 9 is one of the better racing games to download right now.

Gadgets 360 played Asphalt 9: Legends on iPhone 6s. The game is available for download now for iOS and Android via the App Store and Google Play respectively.