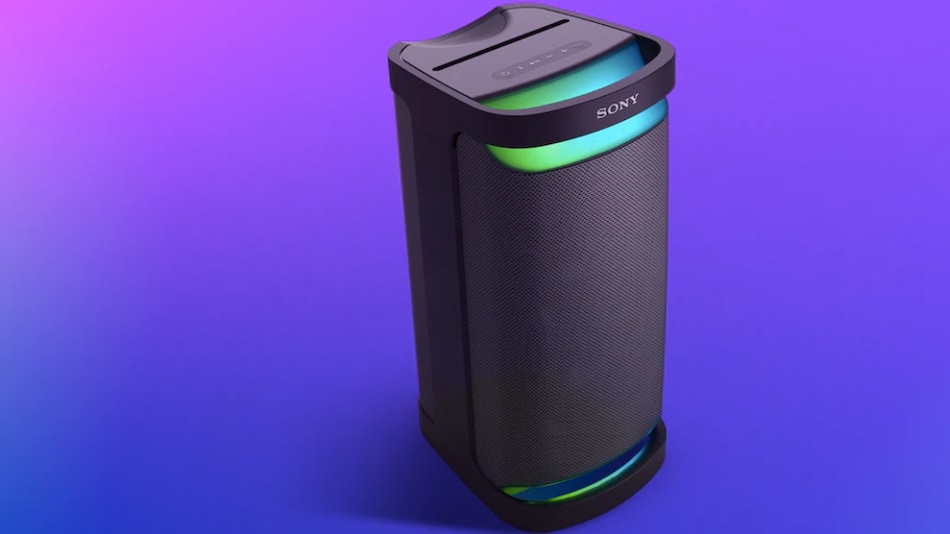 Sony on Monday launched its three new X-series wireless speakers in India. Called the SRS-XP700, SRS-XP500, and the SRS-XG500, the Sony speakers come with the company's proprietary Mega Bass to deliver an enhanced bass effect. The speakers also include a Live Sound Mode as well as carry features to use them for Karaoke and as a guitar amplifier. The Sony SRS-XP700, SRS-XP500, and the SRS-XG500 also come with ambient illumination lighting to match the mood of your party or just the theme of your room.

Sony SRS-XP700 price in India has been set at Rs. 32,990, while the Sony SRS-XP500 and Sony XG500 come with a price tag of Rs. 29,990 and Rs. 32,990, respectively. All three speakers will be available in the country starting August 10. Customers pre-booking any of the three models until August 16 are entitled to receive a Sony F-V120/C microphone worth Rs. 1,490 at no additional cost. The pre-bookings will go live through Sony retail stores (Sony Center and Sony Exclusive), ShopatSC portal, and across all major retail stores and e-commerce sites.

The Sony SRS-XP700 comes with a front and rear tweeter as well as two woofers that jointly produce a surround sound experience that the company calls Omnidirectional Party Sound. Sony has used its specifically designed drivers on the SRS-XP700 that are available in a rectangular shape — over the traditional circular one — to maximise the speaker's area and provide the ability to push out more air each time. The SRS-XP700 also has Sony's in-house Mega Bass technology to deliver an enhanced bass experience. In terms of connectivity, you will get a stereo mini jack, USB Type-A (Play and Charge), microphone input, and a guitar input. There is also Bluetooth connectivity along with support for SBC, AAC, and LDAC formats.

Sony says the speaker delivers up to 25 hours of battery. The SRS-XP700 also has an IPX4-certified build for splash resistance. It measures 313x693x367mm and weighs 16.9 kilograms.

You can connect the SRS-XP700 with the Fiestable app. The speaker also supports Ambient Lighting and can be connected with a microphone or directly with a guitar to work as an amplifier.

The Sony SRS-XP500 is also similar in design when compared with the SRS-XP700. However, it lacks the company's Omni Directional Sound. The speaker, however, does have the same list of connectivity options and identical features including Ambient Lighting, Karaoke, and Guitar Input that all are available on the SRS-XP700. You'll also get IPX4-rated body and SBC, AAC, and LDAC codec support. The SRS-XP500 is rated to deliver up to 20 hours of battery backup on a single charge. It measures 460x256x215mm and weighs 5.5 kilograms.

Sony SRS-XP500 has a design similar to that of the SRS-XP700
Photo Credit: Sony India

The Sony SRS-XG500 has a distinct all-horizontal design that is IP66 certified for both dust and water. The speaker also has two tweeters and two woofers. However, it doesn't support the Omni Directional Sound that you'll get on the SRS-XP700.

The speaker also lacks USB Play and Charge, though you'll get a USB Type-A port for playing back the audio from a storage device. You can also use stereo mini jack, mic input, or guitar input for specific use cases.