The Chainsmokers Are Turning One Percent Royalties of New Album as NFTs, Fans May Bag Giveaways

The two-person band will be giving away 5,000 NFTs to the fans for free. 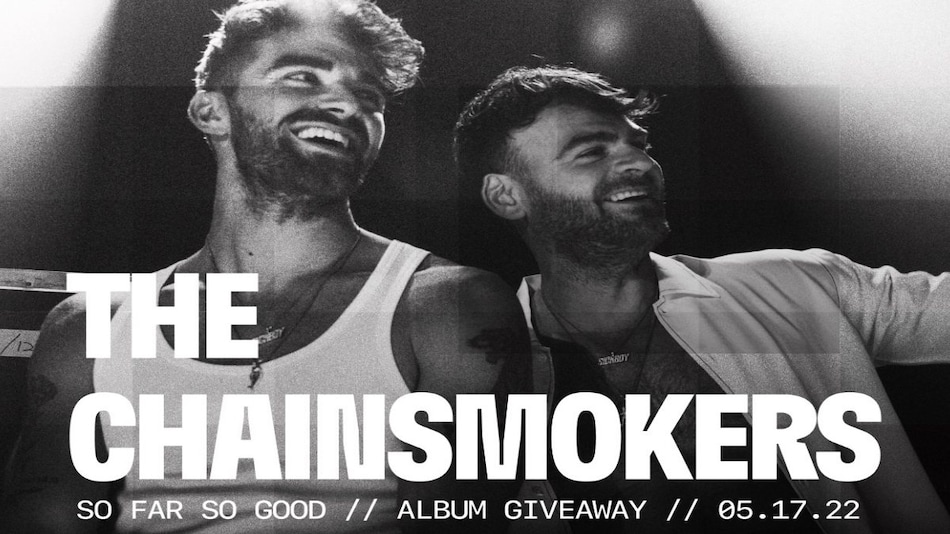 The NFTs will be dropped on the Royal marketplace on May 17.

The Chainsmokers duo have turned to the NFT sector for promotions, now that their new album ‘So Far So Good' is going on stage. Singers-performers Drew Taggart and Alex Pall have decided to convert one percent of their album's streaming royalties into non-fungible tokens (NFTs). The duo will be giving away these NFTs to the fans for free. A total of 5,000 NFTs will be minted and will be part of a limited collection.

Royal, the music-centric NFT marketplace has been roped-in by The Chainsmokers for the minting of these NFTs.

“It was important for us to do it this way because this isn't about profiting off some new tech for us, it's about connecting more deeply with you and harnessing a new disruptive technology in an effective way that truly shows what is possible as we head towards a Web3 world,” Billboard quoted The Chainsmokers as saying.

Fans of The Chainsmokers, who manage to get themselves one of these NFTs, will get access to the private Discord channel of the band, where they'll get exclusive content and other benefits, details of which remain unclear as for now.

In a bid to make these NFTs profitable for the fans, The Chainsmokers is allowing a re-sale of these NFTs, from which they will not extract any deductions for themselves.

The NFTs will be dropped on the Royal marketplace on May 17.

This is a first...
@thechainsmokers ARE GIVING AWAY a piece of their new album to fans for FREE on May 17

If you score a token, you'll get a portion of the master streaming royalty rights in all 13 tracks on the album, a shot at VIP tickets + morehttps://t.co/sWEA9PapmE pic.twitter.com/2WCpasp7uh

No cryptocurrency is required for fans to claim one of the NFTs, and all associated fees will be covered by Royal, the Billboard report added.

“The Chainsmokers created a VIP list to give first access to their biggest fans. It includes people from their Discord community + top ticket buyers and streamers. If you're on the VIP list, you've been notified,” Royal said on Twitter.

The news has stirred quite the buzz on social media.

The Chainsmokers' new album drop has an NFT giveaway that gives fans a cut of the royalties :notes:

How cool is that!

This is a really awesome idea!
Hats off to ⁦@TheChainsmokers⁩
For stepping out and doing this, what a statement!#thechainsmokers#NFT

Im going for this one

So Far So Good from The Chainsmokers on @join_royal. https://t.co/ya7JA7UpUW

The Chainsmokers have reserved 300 NFTs to gift to their friends and family.

Both, Pall and Taggart have previously invested in Web3 startups including Royal, Magic Eden, Axie Infinity, and Mythical games among others.

Well, this is not the first time that popular singers and performers are using NFTs to promote their recent works.

The sales of NFTs reached some $25 billion (roughly Rs. 1,84,700 crore) in 2021 as the speculative crypto asset exploded in popularity, data from market tracker DappRadar showed.

Several international artists and celebrities including Snoop Dogg, Eminem, Steve Harvey, Amitabh Bachchan, and Salman Khan among others have launched their own NFT collections.