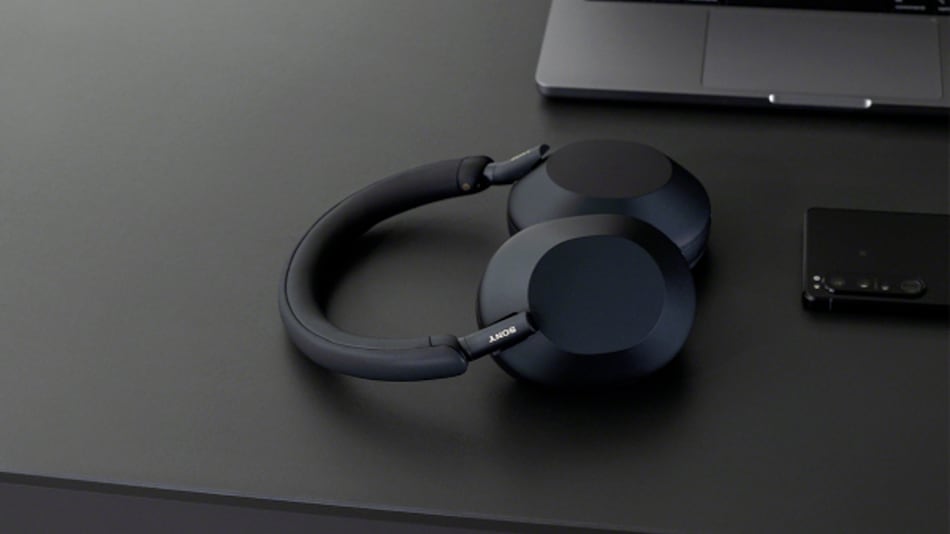 Sony WH-1000XM5 have slider, swivel and hanger, and silent joints

Sony WH-1000XM5 wireless noise cancelling headphones have been launched in multiple markets including the US and the UK. The latest flagship headphones from the Japanese company are claimed to offer up to 30 hours of battery life, and a quick charging feature that is said to deliver 3 hours of playback in 3 minutes of charging. Sony says that the headphones offer industry-leading noise cancellation, and have a new design. The headphones go against the likes of Bose QuietComfort 45 headphones that were launched in India recently.

Sony WH-1000XM5 wireless noise cancelling headphones price has been set at $399 (roughly Rs. 30,850) in the US, and they are priced at GBP 379 (roughly Rs. 35,800) in the UK. They are available for pre-orders in both the countries and will start shipping from May 20. There is no information on the headphones' launch in India yet.

The headphones compete with the Bose QuietComfort 45 headphones that were launched recently.

Sony WH-1000XM5 are lightweight, and come with newly-developed soft fit leather, as per Sony. The company says that the material used in the headphones puts less pressure on the ears. The headphones have a stepless slider, swivel and hanger, and silent joints. The headphones come with a 30mm driver unit that features a soft TPU (Thermoplastic Polyurethane) edge to deliver enhanced noise cancelling, Sony says.

The headphones get Integrated Processor V1 along with HD Noise Cancelling Processor QN1 to control a total of eight microphones. Sony has added a new Auto NC Optimizer feature on the Sony WH-1000XM5 headphones that automatically optimises noise cancelling based on your wearing conditions and environment. For communication, the headphones are said to be calibrated to only pick up the wearer's voice via Precise Voice Pickup Technology and advanced audio signal processing.

Other features include Speak-to-Chat that automatically stops music and lets in ambient sound as soon as the wearer starts a conversation. There is a capacitive sensor on the Sony WH-1000XM5 headphones that pauses and plays music when you remove or wear them. Furthermore, the headphones come with support for Google Assistant, Amazon Alexa, and Apple's Siri. They feature a Quick Attention mode, and touch panel to control music.

For connectivity, the Sony WH-1000XM5 headphones come with Bluetooth v5.2, and it can connect to two devices at the same time. There is Google's Fast Pair feature, and Swift Pair feature for Windows 11/Windows 10-powered machines. They can also be used in wired mode.

WhatsApp Tests Bringing Its Useful Business Chat Filters to All Users: Report
The Chainsmokers Are Turning One Percent Royalties of New Album as NFTs, Fans May Bag Giveaways