According to Coinbase CEO Brian Armstrong, India has one of world’s most promising software talent that his platform plans to explore as much as possible. 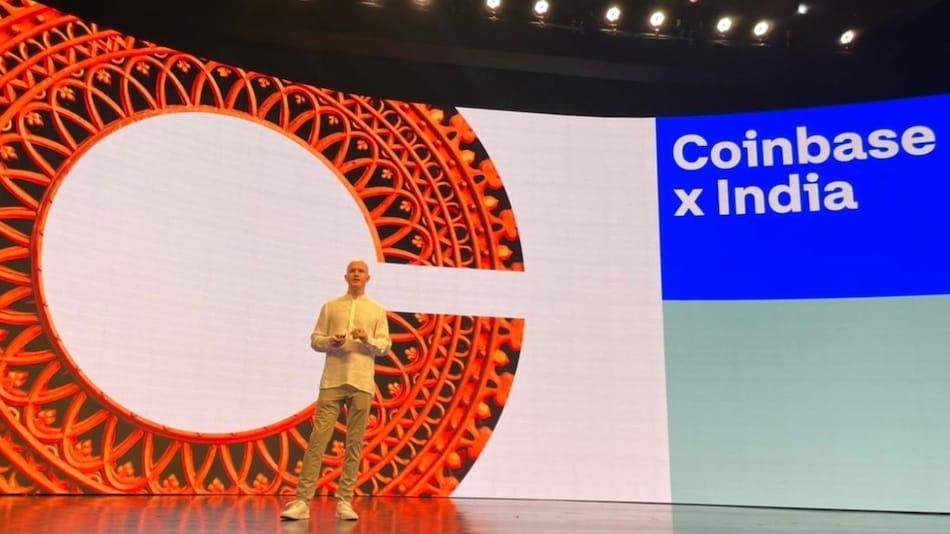 India could soon become the tech hub for the global operations of Coinbase, one of the largest crypto exchanges in the world. Senior leadership members from the company are presently in India, looking to expand their software team. The Coinbase leadership has offered “inclusivity” and “remote working ecosystem” as parts of the incentives it is offering to hire energetic talent from India. According to CEO Brian Armstrong, India has one of world's most promising software talent that his platform plans to explore as much as possible.

Diving deeper into tier two and three cities in India to get the best brains onboard is what Coinbase is looking at, Pankaj Gupta, Coinbase India Head and Vice President of Engineering, told Gadgets 360. “Remote working is a revolution. You could be sitting anywhere in the world with a decent Internet connection and be working with us,” Gupta said.

Gupta said that more Indian female software engineers, who may have refrained from joining office jobs due to varied circumstances, would be empowered to put their training to mould Web 3, the future of the Internet.

Last year, Education Minister Dharmendra Pradhan told the Lok Sabha that in terms of percentage, there are more Indian female graduates (43 percent) in science and engineering at the tertiary level than in developed nations like the US (34 percent), UK (38 percent), Germany (27 percent), and France (32 percent).

Not just women, Coinbase says its encouraging Indians from all categories of identifications to become members of the crypto community, preaching decentralisation, independence, and inclusivity for all.

“People perceive crypto to be a fair, open, and democratised Internet. So, in some ways, inclusivity and flexibility is inherent in the technology itself,” Gupta noted. “Regardless of their geographical locations or genders, we will maintain pay parity among our team members working on same levels. You could live with your parents in your hometowns, avoid spending money on rent and utilities in bigger, more expensive cities, and add to your savings. This is the remote work revolution that Indian talent could make a lot for.”

With the platform planning to launch its NFT marketplace and crypto wallet services in the coming months, it is attempting to rope in Indian developers. The San Francisco-based crypto exchange already has over 300 employees in India.

In a bid to trigger discussions around Web 3 and blockchain tech, the company is thinking of ways to impart relevant training and education in India.

“We are here for the long run. Since this industry is so new, our challenge often is that there are too many opportunities to experiment with. The more the brains, the better it is. There are a bunch of different, crunchy problems that need to be tackled in the crypto space, and if someone solves them, that will create a ton of value,” Surojit Chatterjee, Chief Product Officer at Coinbase told Gadgets 360.

Last year, the company had said all of its India employees would get $1,000 (roughly Rs. 76,000) in crypto when they start. “Our expectation is that they'll leverage this offering to learn about crypto, and will use this knowledge to help us build the next generation of products that will delight our customers around the world,” Gupta said in a company blog post.

Armstrong, who has been touring India for over a week now, has plans to visit Indian colleges to talk about Web 3 and get a lay of the land.

Indian crypto entrepreneurs and startups are also being interviewed by Coinbase to open investments in promising projects like Polygon and Instadapp.

Meanwhile, Coinbase found itself in a tight spot in India hours after the platform said it was integrating UPI-based crypto buying feature on its app for Indian users. The National Payments Corporation of India (NPCI), which oversees UPI instant digital payments, said it does not recognise Coinbase's move.

In response, the crypto exchange has vouched to work in accordance with India's legal framework, while saying it has trusted payment partners that will help facilitate UPI payments for crypto asset purchases.

Why are they still making more Harry Potter? We discuss this on Orbital, the Gadgets 360 podcast. Orbital is available on Spotify, Gaana, JioSaavn, Google Podcasts, Apple Podcasts, Amazon Music and wherever you get your podcasts.

Disclosure: The correspondent's flights and hotel for the event were sponsored by Coinbase.