As part of their performance, Eminem and Snoop Dogg will be revamping the stage with the backdrop of the Otherside metaverse. 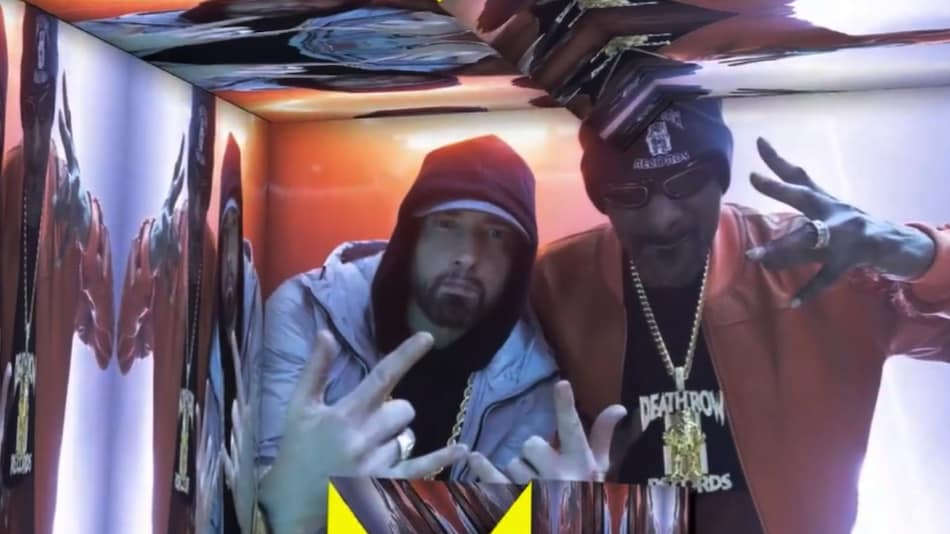 For the first time ever, the VMAs have added a ‘Best Metaverse Performance’ category

Rap icons Eminem and Snoop Dogg are all geared-up to bring an NFT-twist to their much talked-about performance at MTV's Video Music Awards (VMAs). The performance will be inspired by the ‘Otherside' metaverse, which is a project in collaboration between Yuga Labs' Bored Apes Yacht Club (BAYC) and NFT investment mammoth, Animoca Brands. For the first time ever, the VMAs have added a ‘Best Metaverse Performance' category to its list, in a bid to garner recognition to this up-and-coming digital sector.

As part of their performances, Eminem and Snoop Dogg will be revamping the stage with the backdrop of the Otherside metaverse. Their recent song colab titled ‘From the D 2 The LBC' will be re-created on stage with special effects making for the Bored Apes NFTs.

The official music video of the song, released in July, also shows Eminem and Snoop Dogg rap with Bored Apes dancing in the background.

Snoop Dogg, who is an avid NFT collector, has stirred all the hype around this performance on Twitter while also popularising the Otherside metaverse.

From the D to the LBC… to Jersey @vmas here we come :dash::dash::dash: @Eminem @MTV @OthersideMeta pic.twitter.com/XLwcdOeIJN

Currently in its beta version, the Otherside is a gamified interoperable metaverse that will offer Otherdeed NFTs to represent digital ownership of land plots in the BAYC-affiliated virtual world. The Otherdeed owners will be referred to as ‘Voyagers'.

The Otherside, for the first time, allowed users to explore its metaverse on July. At the time, 4,500 users had joined the experience.

The VMAs are scheduled for Sunday, August 28.

Meanwhile, Justin Bieber, Rift Tour (featuring Ariana Grande), and Twenty One Pilots have been marked among the nominees in the ‘Best Metaverse Performance' category for the VMAs.