The blockchain may also open up new forms of financing, Kilar said. 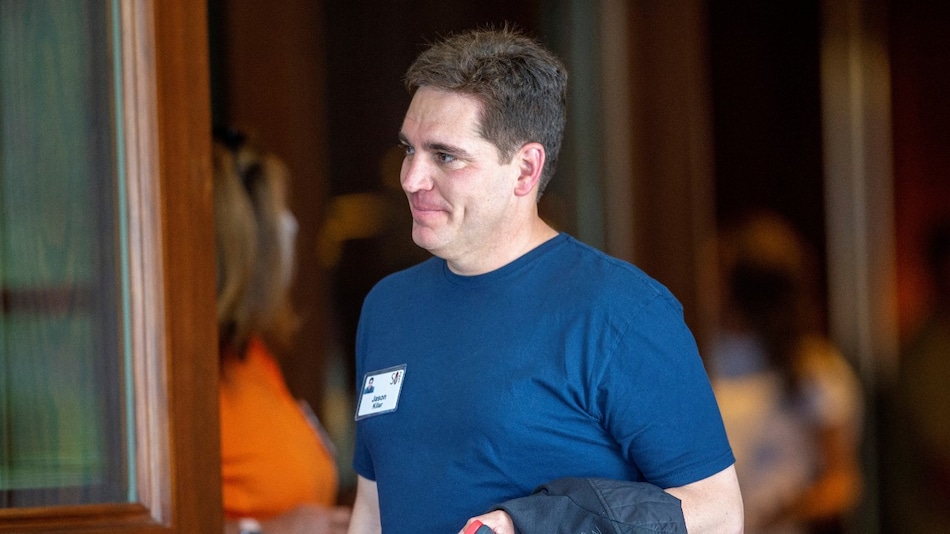 The veteran tech executive said he had no plans to retire

WarnerMedia CEO Jason Kilar said the future of Hollywood is in the blockchain as he prepares to leave the media company that he helped lead into the streaming era.

Kilar said he saw new opportunities at the intersection of storytelling and technology although he declined to discuss his next pursuit.

The veteran tech executive said he had no plans to retire after announcing his departure from AT&T unit WarnerMedia ahead of its merger with Discovery in a deal expected to close this month.

Kilar's career has straddled Hollywood and Silicon Valley, and he sees blockchain, the digital ledgers that keep track of transactions across computer networks, as transforming the entertainment business, especially as the process of acquiring unique digital collectibles such as Non Fungible Tokens becomes simpler.

"Obviously, that changed the economic fortunes of a lot of these companies, WarnerMedia included."

The blockchain may also open up new forms of financing, Kilar said.

Kilar has a long track record of pushing technology and change in entertainment.

The former Amazon.com executive was recruited to lead Hulu, because he did not rely on a set of assumptions about the way television should work, according to executives who were involved in the creation of Hulu.

Within two months of Hulu's launch in March 2008, the site, once dubbed by critics in the blogosphere as ClownCo, surged in popularity.

Kilar left Hulu in 2013, following disagreements with the company's owners, the former News Corp, NBCUniversal and the Walt Disney, which had pushed for more advertising and an end to the free version of the service.

Kilar launched his own subscription video service for social media content, Vessel, which was subsequently sold in 2016 to Verizon, and four years later he joined WarnerMedia, just as the COVID-19 pandemic was spreading.

That experience led him to changes which threaten to reshape Hollywood. Faced with closed movie theaters and surging competition online, Kilar shattered the traditional release "windows" for films, which have always brought movies into homes after lengthy showings in theaters.

Kilar premiered new films in theaters and on the HBO Max streaming service on the same day, during the pandemic. The experiment began with the premiere of "Wonder Woman 1984" on Christmas Day 2020, and continued through 2021.

The move provided a steady flow of new entertainment to the service at a time when the pandemic had disrupted production schedules throughout the industry. It also helped the fledgling HBO Max, and the HBO cable TV network, to add 73.8 million subscribers.

“History has shown that incumbents tend to fight trends that challenge established ways," to their detriment, Kilar wrote in a 2011 blog post.

Meta Unveils Sharing to Reels Option to Post Reels From Third-Party Apps to Facebook
Honor MagicBook X 14, MagicBook X 15 Laptops With Up to Intel Core i5 Processor Launched in India