Netflix has not set a release date for The Witcher season 3. 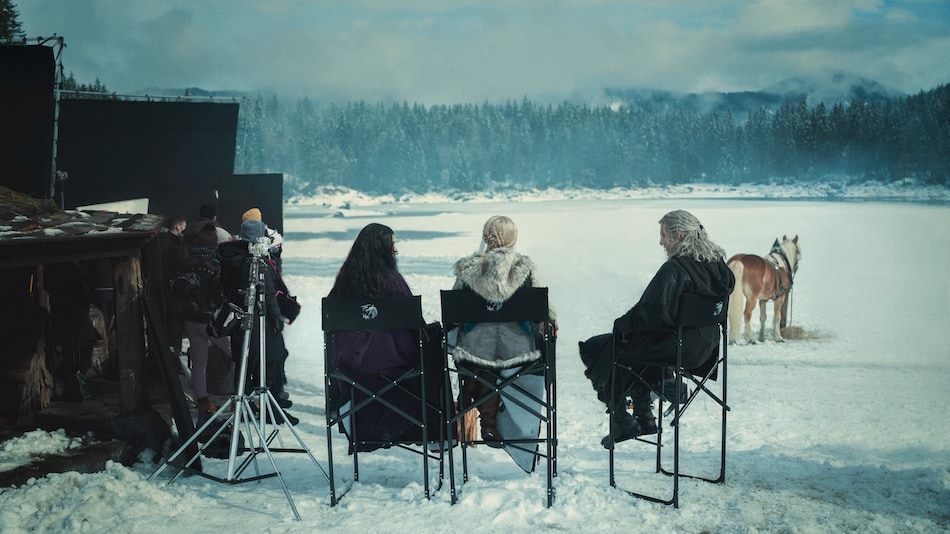 The Witcher season 3 has begun filming. On Monday evening, the official Twitter account of the Netflix fantasy series revealed that production had begun with a behind-the-scenes photo from the set of The Witcher season 3, that shows the back of stars Henry Cavill, Freya Allan, and Anya Chalotra on location in a snowy wilderness. Cavill plays the titular witcher Geralt of Rivia, Allan the Cintra crown princess Ciri who was revealed to have Elder Blood in The Witcher season 2, and Chalotra is the quarter-elf sorceress and Geralt's former love interest Yennefer of Vengerberg. No word on a release date though, expectedly.

Alongside, Netflix unveiled the official synopsis for The Witcher season 3, giving us our first hint at what to expect from the next round of Geralt, Ciri, and Yennefer's adventures:

As monarchs, mages and beasts of the Continent compete to capture her, Geralt takes Ciri of Cintra into hiding, determined to protect his newly-reunited family against those who threaten to destroy it. Entrusted with Ciri's magical training, Yennefer leads them to the protected fortress of Aretuza, where she hopes to discover more about the girl's untapped powers; instead, they discover they've landed in a battlefield of political corruption, dark magic, and treachery. They must fight back, put everything on the line — or risk losing each other forever.

In my review of The Witcher's second season, I noted that the Netflix series had improved upon its lacklustre first season but that it still had some ways to go before it could be called the next Game of Thrones.

Netflix hasn't set a release date (or window) for The Witcher season 3. Given it's only started filming in April — after being renewed last September — I wouldn't expect it before 2023. Hopefully, it doesn't end up being the two-year gap fans had to endure between the first and the second season.

Our family is back together again. #TheWitcher Season 3 is officially in production! pic.twitter.com/rlBl0j3lT1