The Prajakta Koli and Rohit Saraf-led series is out Friday on Netflix. 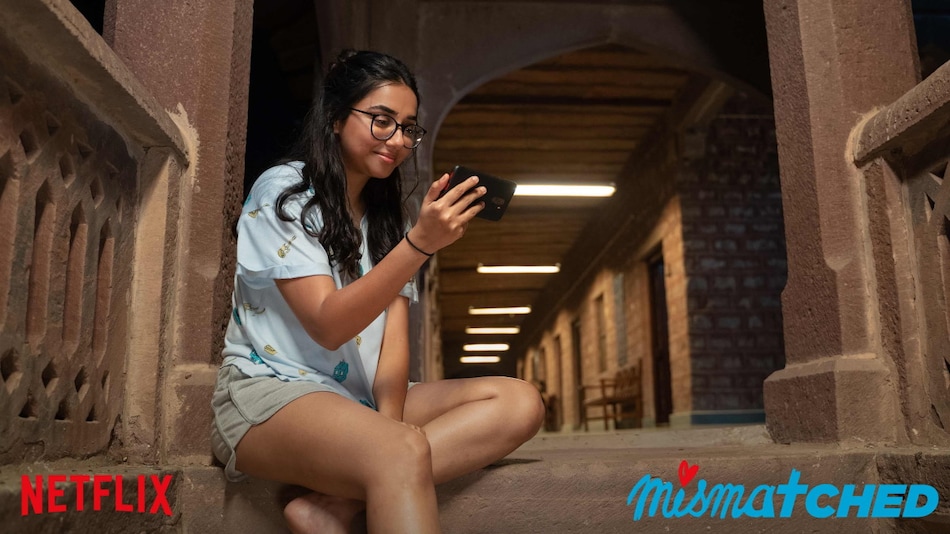 Prajakta Koli as Dimple Ahuja, in a still from Mismatched season 2

Mismatched season 2 — out Friday — is the only Indian Netflix original scheduled for October, picking up after Dimple and Rishi's dramatic fallout. TVF Tripling fame Akarsh Khurana returns to direct the coming-of-age series, tackling identity issues, bullying, mental health and other issues that plague the minds of young adults. The central theme, however, is relationships — be they romantic or platonic, all of which draw inspiration from Sandhya Menon's 2017 novel, “When Dimple Met Rishi.” Of course, the San Francisco setting was swapped with the bustling locale of Jaipur in season 1, but it still retains the core ideas.

“Season two of Mismatched is a world that we created during a tough time — it's a world that is full of heart. This cast is a family and the response from the first season left us all quite overwhelmed. We are grateful — and since then the only thing on our minds was coming back with a season that is stronger, more emotional and more real,” director Khurana said in a prepared statement.

When compared to international young adult shows, such as HBO's Euphoria, the plot beats here seem a bit too immature — though, there's a level of self-awareness to it. As the summer coding program at Aravali Institute comes to a close, Mismatched season 2 introduces a whirlwind of emotions, as the students deal with jealousy, broken friendships and promises, and explore new romantic interests.

The second chapter of Mismatched also promises to explore LGBTQ+ themes — a continuation of Namrata's (Devyani Shorey) arc, who was publicly exposed and “shamed” for being affectionate towards women. Meanwhile, our “non-dates,” played by Prajakta Koli and Rohit Saraf, are at war, plotting revenge to see who ends up crying first. Add to that, a augmented reality dance-off, and this season promises to be a little bonkers.

All episodes of Mismatched season 2 release this Friday, October 14 at 12:30pm IST, exclusively on Netflix worldwide.

Can I watch Mismatched season 2 for free?

No. To watch Mismatched season 2 online, you require a Netflix subscription plan, starting at Rs. 149 for mobile and Rs. 199 for the basic plan, which lets you stream on a TV or laptop but only in SD resolution. As with every Netflix original, all episodes will be out on the same day, for binge-viewing.

Koli — best known by her online persona “MostlySane” — returns as the genius coder and one-half of our bickering couple, Dimple Ahuja. Still hung up on the source code of her app AntiSosh being leaked, and breaking all ties with Rishi, she finds solace in a new partner, while she struggles to revive her project. As the final weeks of college feel pressuring, she starts to cram away her days, all the while being forced to look at her “ex-lover” pursuing a new romantic interest.

The “ex” in question is Rishi Singh Shekhawat (Saraf), who was not only blamed for leaking Dimple's code, but is anguished at having his best friend's sexual orientation out in the open. Safe to say, there's some misunderstanding between the two, causing the former to lose all faith in love and marriage.

“If I go back and look at season 1, I would not agree with a lot of things that my character did as an actor myself. If I would have been given the same script right now, I would have looked at it differently and performed differently,” Saraf explained in an interview. “The story also starts right from where season 1 ended, so it was difficult but also fun.”

Dobaaraa, Mismatched Season 2, and More on Netflix in October

Vihaan Samat's Harsh gets close with Dimple, after the fallout
Photo Credit: Netflix

Vihaan Samat (Bombay Begums) portrays Harsh Agarwal, Dimple's close friend and shoulder to cry on, who eventually turns into her lover…? Having sealed a kiss on one fateful night, the pair set off on a bubbling journey, supporting each other through hardships — be it planning their future, getting back at Rishi, or singing late-night songs in a peculiar American accent.

Sanjana Sarathy's Sanskruti is a new admit to the Aravali Institute and the cast lineup for Mismatched season 2. A photographer by hobby, she gets into a relationship with Rishi, helping him get rid of all the negative conceptions he'd formed about romance. The two even partner in the aforementioned augmented reality dance-off.

New crushes bloom elsewhere on the campus, as Namrata (Devyani Shorey) is seemingly smitten by a tomboyish new classmate, Ayesha (Priya Banerjee), who doesn't seem to discriminate when it comes to displays of same-sex affection.

Rannvijay Singha also returns as Professor Siddharth Sinha. Deeply invested in his students' drama, he fails to realise that his colleague Nandini (Vidya Malavade) is trying to get his attention.

Netflix has dropped nine brand-new songs, from incredibly talented artists such as Anoushka Maskey, YugM, Danish Sood and more. Sickflip adds to the quotient with “Dimple,” a wild blend of electronic dance music that feels anxious. Anurag Saikia returns with the immensely dance-able “Pipni,” the song from the season 2 trailer. Furthermore, “Aise Kyun” gets a mature rendition — echoing the growth of our characters — by maestro Rekha Bhardwaj.

All Mismatched season 2 tracks are now available to stream on YouTube Music, Spotify, and Apple Music.

Here's the official synopsis for Mismatched season 2 from Netflix:

Mismatched traces all the hallmarks of a coming-of-age show tackling relationship feuds and the many moods that come with being young, driven and in love as Dimple, Rishi and their peers struggle to navigate through these new-found complexities. Dialling up the relatability and the deja vu, everyone's favourite students (and their professor) are back.

On September, Netflix dropped a clip from Mismatched season 2, titled “Cold Coffee Revenge,” which gives us Rishi's perspective. Seeing Dimple and Harsh sharing a hug stun locks him in real-life, leading him to wonder where he went wrong in their past relationship. Doubts turn into anger, as a wheelchair-bound Krish (Abhinav Sharma) eggs him on, stating that Dimple is interested in “foreign goods” now. And how does Rishi respond to this? Well, why don't you watch the video and find out for yourself?

On September 21, Netflix dropped the official trailer for Mismatched season 2, highlighting Dimple's ambitious future, which is getting into Professor Nandini's institute. However, there are only five spots available, causing Dimple to start cramming on her app and fall prey to stress-induced panic attacks.

The first reviews for Mismatched season 2 go up this Friday, October 14, the day it releases on Netflix globally. The review embargo lifts at 12:30pm — same time as the premiere.

Here's the official poster for Mismatched season 2 from Netflix: