Young lovers Dimple and Rishi try making up in the upcoming season. 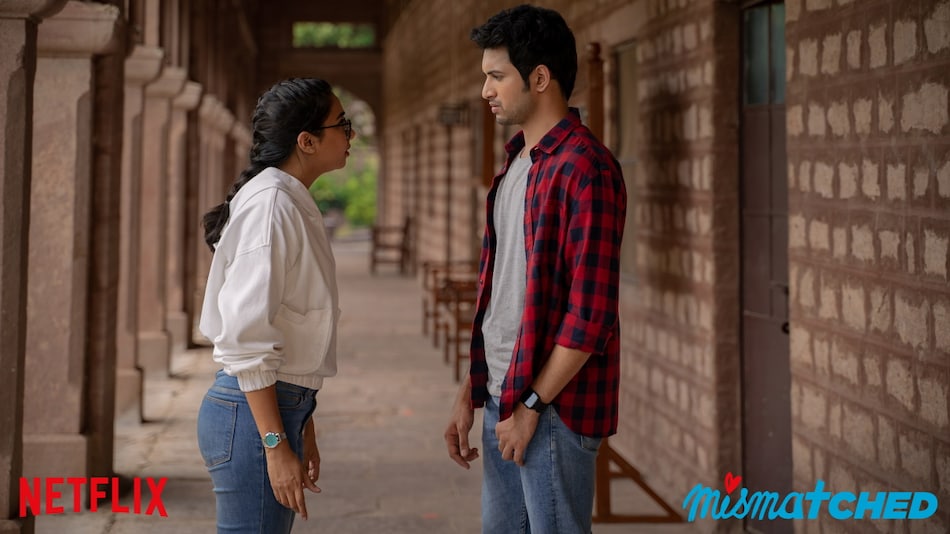 Mismatched season 2 trailer is coming very soon. Netflix India announced Tuesday that the trailer for the Prajakta Koli and Rohit Saraf-led coming-of-age rom-com series' sophomore run will be out tomorrow, ahead of its premiere on October 14. Akarsh Khurana returns to direct the second season of Mismatched, tackling new challenges in the face of young lovers Dimple and Rishi, as the summer coding program at Aravali Institute comes to a close. Mismatched season 2, produced by Ronnie Screwvala (Swades), promises some new admissions as well.

Following the dramatic fallout at the end of Mismatched season 1, genius coder Dimple seems to have “lost” the app she had been working on. Her project partner Rishi, on the other hand, who once hoped to marry her, has lost all faith in love. With their futures at stake, the pair must now navigate rough terrain, as they try mending friendships and broken promises, all while dealing with academic stress. For the uninitiated, misunderstandings between the two led to an ugly fight, during the season finale. Dimple believes that Rishi leaked her app's code, while Rishi is anguished because his best friend Namrata's (Devyani Shorey) sexual orientation is now out in the open.

Here's news that might make you spill your cold coffee -THE MISMATCHED TRAILER ARRIVES TOMORROW! 🥳 pic.twitter.com/AfA4yFPUjd

The Mismatched season 2 cast will be joined by new admissions in Priya Banerjee, Ahsaas Channa (Kota Factory 2), and Sanjana Sarathy.

Bitcoin Claws Back to $19,300 While Ether Begins Week Post 'Merge' on a High