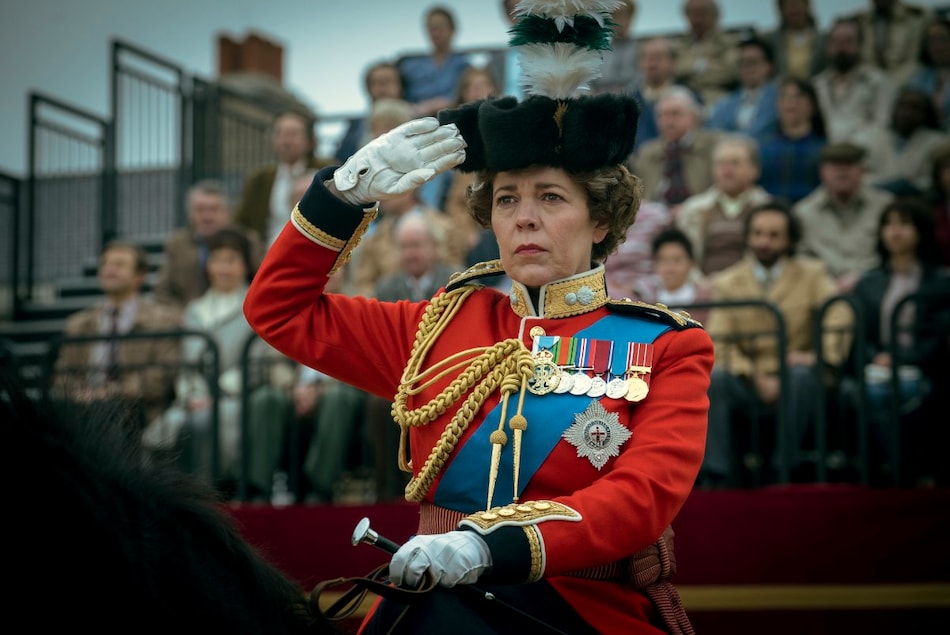 Olivia Colman as Queen Elizabeth II in The Crown season 4

Netflix has announced two titles from India, though only one gets the coveted “Netflix original” label. That is Anurag Basu's next movie — the Hindi-language Ludo — which weaves together four different stories and stars the likes of Abhishek Bachchan, Rajkummar Rao, Aditya Roy Kapur, Fatima Sana Shaikh, Sanya Malhotra, and Pankaj Tripathi. Ludo is out November 12 on Netflix. The other is Miss India, a Telugu-language social issue drama about an Indian tea entrepreneur (Keerthy Suresh) who “confronts disapproval, sexism and rivalry” in the US. Miss India arrives November 4.

Internationally, the biggest title of the lot is The Crown. The British royalty drama, created by Peter Morgan, returns for its fourth season — it's also the final season for principal stars Olivia Colman (Queen Elizabeth II), Tobias Menzies (Prince Philip), and Helena Bonham Carter (Princess Margaret), who will be replaced in the fifth season. The Crown season 4 rolls in November 15. Then we have Golden Globes-winners Amy Adams and Glenn Close headlining Oscar-winner Ron Howard's new movie, Hillbilly Elegy, out November 24.

From Laxmmi Bomb to Ludo, What to Watch in November

The new SpongeBob movie — The SpongeBob Movie: Sponge on the Run — has been sold to Netflix where it releases November 5 (globally, except Canada, China, and the US). Elsewhere, we've Forest Whitaker, Keegan-Michael Key, and Phylicia Rashad in the musical Jingle Jangle: A Christmas Journey, streaming November 13, with songs from John Legend. And the screen legend Sophia Loren returns after a decade to star in her son's film, The Life Ahead, also out November 13 on Netflix. Plus, we've an Iraq-set movie about fighting ISIS called Mosul, produced by Avengers: Endgame directors Anthony and Joe Russo. Mosul is available November 26.

With that, here's the full list of movies and TV shows coming to Netflix India in November 2020. We've marked Netflix Original titles in bold for your convenience.

November 17
The Boss Baby: Back in Business: Season 4
We Are the Champions: Season 1

November 19
The Princess Switch: Switched Again
Three Words to Forever
What They Had